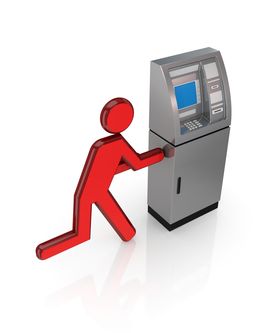 Barnaby Jack, a hacker who rose to prominence by found a way to make ATM machines spit out all their cash, has died. Though no official cause of death has been announced, according to local authorities, he was found dead at his residence in San Francisco. Jack, who was only in his thirties, was due to travel to Las Vegas to speak at the Black Hat Security Conference which begins on August 1st. He had determined that ATM manufacturers were using the same keys for all the machines they manufactured thus rendering them vulnerable. Jack’s goal was not to steal or teach others to, but to encourage manufacturers to improve their technology and security procedures to prevent theft. The Conference has announced that it will not attempt to fill the time slot where Jack was to speak. Instead they hold it open so friends and colleagues may commemorate his life and work.

Theft is a charge that an individual took tangible property or services from another, without compensating that individual for their value. These charges can range from a misdemeanor, meaning the loss was less than $250.00 and carries a maximum penalty of six months in jail, to a category B Felony, one to ten years in prison if the value is $3,500.00 or more, which is the second highest grade of offenses under State law. Because these are offenses involving a victim they are vigorously prosecuted by the District Attorney’s Office. Even a misdemeanor conviction can severely impact your ability to find work.

Being accused of a crime is one of the most stressful and frightening situations a person can experience. If you, a friend, or family member is charged with Theft it is imperative that you contact an experienced criminal defense attorney as soon as possible. The experienced and dedicated criminal defense lawyers at the Weiner Law Group have decades of experience in bringing the fight to the prosecutors and police officers making allegations of wrongdoing against our clients. We examine the facts of every case, identify the defenses needed to win, and then aggressively pursue your defense to the extent the law allows. It’s your future; you need someone to fight for it.