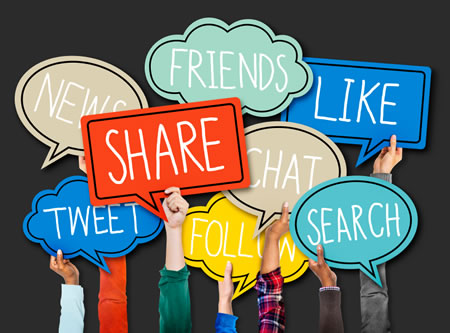 What means more to you, your freedom or your friends? What if those “friends” include the hundreds that you’ve collected on social media, some of whom you’ve never met and probably never will? If you’re involved in a criminal case or otherwise under police investigation, you might be about to have a serious change of heart concerning your use of Facebook, Twitter and Instagram. It may not seem important at the time, but as any criminal defense attorney worth his salt will tell you, the frivolous use of social media can threaten your personal safety and decimate your ability to mount a credible defense.

It is a unique and modern phenomenon. With the meteoric rise of such popular social media sites as Facebook, Pinterest, Instagram and others, police departments across the country have increasingly relied on the assistance of user-posted photos and Twitter tweets for thwarting unlawful activity and uncovering criminal evidence. Carefully designed algorithms facilitate this research, and for anyone in fear of criminal investigation, they can make things unnervingly hot.

That’s because law enforcement agencies around the world have quickly come to appreciate the value of social media as a crime-solving device. What started on a limited scale with the once-popular MySpace platform burgeoned aggressively in the years following Facebook’s rollout. By the year 2013, over 80% of police departments surveyed reported that Social Media helped solve crimes in their jurisdiction.

This should serve as a serious warning to anyone who has broken the law and inspire a closer look at the inherent security of the sites they’ve come to love.

Social Media and Your Criminal Case

Prior to the rise of online social networking, law enforcement put great stock in information gleaned by the neighborhood cop on the beat. Personal interaction with local residents and business owners kept them in the loop concerning known bad actors and possible crimes in the making. With the rise of modern technology, these open-and-aboveboard methods have increasingly given way to trendy techniques that some believe to be both unfair and underhanded.

Many police precincts today see nothing wrong with opening dummy social media accounts for the sole purpose of monitoring a neighborhood’s status quo. Since much that used to occur on the street now takes place online, members of law enforcement can easily feel that face-to-face methods no longer suffice to help them know what’s really going on.

The fact that the practice routinely leads to productive raids and subsequent arrests only lends it legitimacy. When information gleaned in this way can rightfully serve as evidence in a criminal case, you can be sure that the “fake social media profile” practice won’t be going away any time soon.

Police have long relied on modern technological tools to map out the hot spots where crimes are likely to occur. Some of these applications, notably the valued PredPol, restrict their data-collection activity to a pure analysis of historical data with no attempt to enter the online social arena.

Other applications, though, have no qualms about backing up historical data with things they’ve discovered online. Through a thorough mining of public messages and tweets, they come to identify patterns of expression and vernacular in common use by known members of social media’s various disparate cultures. When used as search criteria in their algorithms, certain unique word choices allow the cops to identify potential criminals based on their style of speech.

If this sounds to you like profiling, you’re right. The method relies on the idea of guilt by association and the assumption that the person who receives a tweet from a known felon must therefore be equally culpable. Such hypotheses are unfair and prejudicial. They could also lead to unwarranted surveillance programs that by their nature infringe upon a target’s constitutional rights.

Social Media and Your Criminal Case

Police departments and detectives who use social media apps as investigatory tools do so for a number of reasons. Depending on the circumstances, they could be trying to:

When researching social media, modern police can be tireless in their efforts. Unfortunately, most people are not aware of this. When posting to their social networks, they give little thought to the possible ramifications and fail to consider law enforcement’s long-armed investigatory reach.

The police, for their part, will point with pride to their success in using social media when capturing such wrongdoers as:

In addition to enlisting their social accounts for help in catching the bad guys, members of law enforcement routinely employ them in community outreach efforts. It’s an easy way to relay information, issue warnings, post mug shots and ask for tips from their followers.

The vast majority of people who use social media do so with little thought to the import or potential shelf life of the items they post, “like” and share with abandon. However, for the subject of a police investigation, the comment, joke, tweet or video that seems so innocent on its face can quickly take on a life of its own. If you are involved in a criminal case, you must be careful to:

Anyone who uses social media must keep in mind that where personal privacy is concerned, the term “secure site” will rarely apply. Once your information goes online, it’s likely to remain there for a long, long time. If you are currently on probation, under investigation or involved in litigation of any kind, it may be better to close your accounts entirely.

Social media is great for so many things. It’s likely that you’ve never had so many friends in your life. If your privacy means anything, however, it’s important to realize how easily the things in your accounts can reappear to haunt you. If you are currently embroiled in a criminal case, you might want to do yourself a favor and take a break from the social media scene entirely.

The criminal defense attorneys at Weiner Law Group are familiar with the dangers of careless social media practices. If you believe that you have put yourself in danger or damaged your reputation in this way, one of our lawyers will be glad to advise. Call us at 702-202-0500 today for a no-strings consultation.