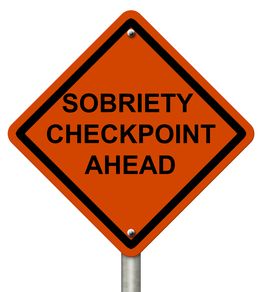 A new Supreme Court decision could have an effect on the thousands of DUI arrests conducted each year in Las Vegas Nevada. The court determined in April that law enforcement officers cannot forcibly draw blood from a driver suspected of intoxication without first obtaining a warrant, and Nevada courts are already inundated with cases making reference to this ruling. The Supreme Court trial involved a Missouri man who refused a blood test and was later administered one anyway without his consent. Officials argued that blood alcohol tests should not require a warrant because of alcohol absorption and possible destruction of evidence, but the court did not agree.

Currently, suspects arrested for drunk driving in Nevada are required to submit to either a blood or a breath test, and police can forcibly administer these evaluations if necessary. Sometimes, this means calling for nurses and backup officers to hold the driver down and aggressively draw the blood against his will. Justification for such compulsory submission to blood tests comes from Nevada’s implied consent laws, which state that any person who operates a vehicle on a public road has automatically indicated an agreement to these tests. Because of this, highway patrol officers do not presently believe that the Supreme Court ruling changes their laws, and they have expressed an intention to continue enforcing DUI rules as they always have.

For the most part, Nevada police say that they do not encounter resistance to alcohol tests. The majority of suspects peaceably submit to one of the assessments, and officers can continue without incident. However, if future arrests include continued reliance on forced blood draws and implied consent laws, there’s a good chance that they can expect trouble. There has already been at least one case in which lawyers requested that blood alcohol evidence be thrown out due to the new Supreme Court law, and although the judge declined to honor that request, the defendant’s lawyer plans to appeal to the Nevada Supreme Court if needed. Many more such cases are in the works.

Exactly how much impact this new law will have on alleged drunk drivers in Nevada remains to be seen. It may make officers more cautious about how they proceed with DUI arrests, or it may cause them to simply come up with new testing methods. In the end, it may not change anything at all; however, it has opened the door for new avenues for criminal defense lawyers, and that can only be a good thing for defendants.