What is an Enhanceable Offense in Nevada? 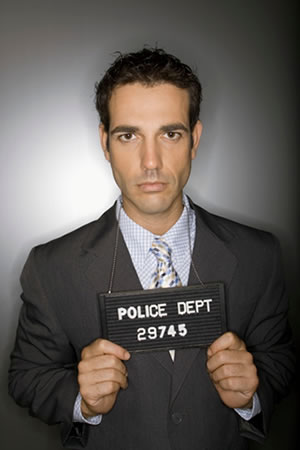 If you’ve recently been convicted of a crime, you might have thought you knew beyond a doubt what your sentence would be. You may have felt sure of this because you received that sentence last year for the identical crime. This time, however, the courts decided to up the ante. Your sentence this time was double what you’d originally expected.  This has happened for only one reason: In the state of Nevada, the offense for which the courts convicted you happened to be enhanceable.  An enhanceable offense is one for which the severity of the punishment or even the categorization of the crime itself can escalate. This will only happen, however, when certain factors come into play. The most common of these include:

Whether it’s a felony or a misdemeanor, the first offense of any enhanceable crime will carry the lightest sentence while subsequent convictions for the same offense routinely incur greater penalties.

In the state of Nevada, fewer than 30 percent of released inmates find themselves back in prison within three years. When they do, however, these repeat offenders are likely to remain incarcerated for increasingly longer periods of time.

Nevada separates career lawbreakers into three classes. They are:

Nevada treats recidivism as a crime in and of itself, and it’s one for which the courts will normally impose the maximum sentence allowable by law.

A Crime Committed While Using a Deadly Weapon

The term “deadly weapon” can apply to any object when used with intent to harm or kill, and the defendant who has used one while committing a crime will, if convicted, likely receive a higher sentence. In some cases, the mere possession of a deadly weapon during the crime’s commission will have the same result.

A Crime Committed in a Particular Location

This particular enhancement normally applies to the crime of selling illegal drugs in a location such as a school zone or public playground where children are likely to congregate.

A Crime Involving an Underage Victim

In Nevada, any crime will increase in severity when committed either against a minor or in the presence of one. As an example, the penalties for driving while intoxicated will increase if a child is in the car at the time. The state defines a minor as anyone under the age of 18.

The Purpose of Enhanceable Offenses

Nevada employs sentence enhancements not only to deter repeat offenders but also to ensure that the punishment suits the crime. By taking wrongdoers off the streets for extended periods, enhanced sentences also protect the public.

The Wide Range of Enhanceable Offenses in Nevada

We have discussed the more common examples of Nevada’s enhanceable offenses, but there are numerous others. If you have been accused of a crime, the expert attorneys at Weiner Law Group can help you determine whether the offense is enhanceable and if so, what type of sentence you can expect. In many cases, adequate representation can result in a lessening of the penalties.

If you are facing such charges, don’t leave anything to chance. Speak to an expert at Weiner Law Group and learn how we can help you fight an enhanceable offense.