How Do Damage Caps Work in Personal Injury Lawsuits? 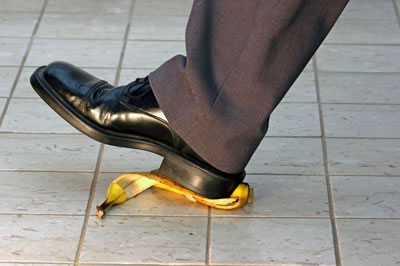 In the commonly accepted theory of personal injury lawsuits, those who have suffered physical or mental harm due to the negligence or sheer incompetence of another person have an inherent right to receive some type of compensation. According to this basic belief, if you’ve been injured in an accident through no fault of your own, a successful personal injury lawsuit can help you recover your financial costs and recompense you for other, less-specific woes.

Unfortunately, it is not always that simple.

Personal injury proceedings often present a complexity that may be hard to understand. The confusion stems from the fact that every state has its own rules for handling these injury cases. This appears most plainly in the realm of damage caps.

A damage cap is simply a ceiling placed by the state on the amount of money a personal injury victim can receive in settlement for the various harms he’s suffered at someone else’s hands. In the state of Nevada, the application of these caps will vary according to whether the damages you receive are compensatory or punitive in nature.

Economic damages will cover such concrete monetary expenses as medical bills, rehabilitative costs, vehicular repairs and ongoing nursing care. This category also encompasses loss of wages due to a resulting inability to work. Nevada imposes no cap on damages of this type.  Non-economic damages, on the other hand, have a different intent. They propose to compensate the victim for such things as pain and suffering, loss of companionship, emotional anguish and diminished ability to enjoy life’s pleasures. Because this type of hurt does not come with a dollar sign attached, the jury must subjectively determine its intrinsic worth.

The rules for capping compensatory damages vary from state to state. While Nevada does not cap economic damages, it does impose a limit of $350,000 on non-economic awards that accrue from cases of medical malpractice. These are the only such instances in which Nevada will apply this particular cap.

Punitive damages are awarded in a separate hearing that takes place after the trial. The victim who hopes to receive them will have to prove either that the defendant’s behavior was reckless or negligent or that he acted with deliberate malice in an attempt to defraud or oppress the plaintiff.

Punitive damages make no attempt to compensate the victim for his economic and non-economic personal injury losses. They exist only to punish the defendant for wrongdoing. Nevertheless, the injured party does stand to benefit in a monetary sense.  In 2005, the Supreme Court issued guidelines to limit the potential size of punitive damages awards. Prior to this time, some plaintiffs in litigation with wealthy defendants walked away with excessively comfortable bulges in their pockets. Although large punitive settlements still occur today, many states now limit them. Nevada is one of these states. Unless your case concerns product liability or bad-faith insurance, Nevada will normally cap your punitive damages at either three times the amount of your general damages or $300,000 in smaller verdicts of $100,000 or less.

Nevada’s doctrine of comparative negligence can reduce the amount of any personal injury award by the percentage at which the court finds the plaintiff equally at fault for the accident in question. For example, if you should prove to have been 30 percent responsible for your accident, you will find your award reduced by the same percentage. Similarly, the Nevada victim who bears a 50 percent accountability will receive nothing at all.  The Effect of Damage Caps on Your Personal Injury Case

If you plan to file for personal injury damages in Nevada, you’ll need to understand the ways in which damage caps can affect your settlement. An experienced personal injury lawyer at Weiner Law Group can help you calculate the amount of any potential award and show you the ways in which these limits could eventually play a role. Call 702-202-0500 today for a free consultation.