Although opponents of gun control routinely use the Second Amendment as ammunition, its largesse is not without limit. In the United States, anyone who wants to possess a firearm must either abide by certain rules or face charges of illegal possession. Both federal and state laws have a hand in distinguishing between possession that’s legal and possession that’s not. 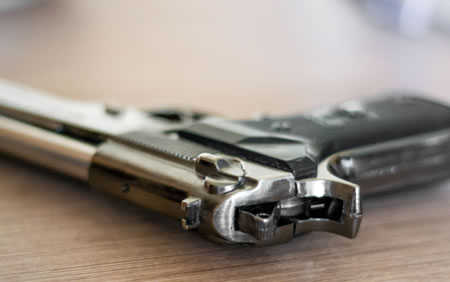 On the federal side, the National Firearms Act, or NFA, restricts the sale of machine guns, short-barreled shotguns and silencers, limiting their possession to people who have:

The Brady Act also comes into play, prohibiting the ownership of any type of gun by an individual who is or has been:

When it comes to firearms, what’s lawful in one state could land you in jail in another. Some localities have outlawed gun sales altogether. Distinctions among the others vary widely and exist independently of federal laws, being sometimes broader and other times more proscribed.

The various open carry laws can serve as cases in point. Of the forty-five states that currently permit this activity, most fall into one of four categories. These include:

Nevada is a state in which residents can generally own and openly carry guns without benefit of permit, license or registration. There is, however, an exception. In Nevada, it is illegal to openly carry a loaded rifle or shotgun inside a vehicle or alongside a public roadway. See Nevada’s Firearm laws.

The permissiveness goes even further. As a so-called “shall-issue” state, Nevada allows all qualified residents over the age of 21 to obtain concealed carry permits and recognizes such permits when issued by 15 other states. It is also one of more than 30 states whose “stand your ground” laws permit the use of deadly force when needed for self-defense.

Regardless of the state or federal laws, one type of gun possession is always illegal. That is when the weapon in question either has no serial number whatsoever or does bear one that is faked or scratched out. These so-called “ghost guns” range all the way from handguns to semi-automatics, and the status of their identifying numerals can make it impossible for law enforcement to trace them back to their original owners.

The appeal is obvious. These guns are by their very nature exempt from any sort of federal regulation. Unlicensed people make and sell them, and the people who want to acquire them can do so in a hurry, sidestepping any waiting period or background check.

Not all ghost guns lack a serial number. Craftsmen in some third-world countries specialize in the manufacture of replicas whose fake numbers have left no prior record with law enforcement. Reaching the United States via the black market, these guns soon reach the hands of criminals in search of weapons that can’t be traced.

This anonymity will not last forever. After a certain amount of time, these fabricated serial numbers often acquire criminal histories of their own, making their ownership a danger to the hooligans who used them in the first place. Many eventually wind up outside the United States in countries where their bogus identification has not yet acquired any discernible notoriety.

For drug addicts, fugitives and those convicted of felonies, illegal gun possession is a class B felony and punishable by a prison sentence of at least one and no more than 16 years. On the other hand, a person whom the court has judged mentally ill or who has entered the United States illegally can face category D felony charges and a prison term of one to four years. The possible fine in either case can reach as high as $5,000.

Although every situation may be unique, illegal gun possession remains a serious crime. At Weiner Law Group, we have seen the ways in which this accusation can affect a person’s life. If you should find yourself charged with illegal gun posession or any other sort of weapons-related infraction, you must contact a criminal defense lawyer as soon as you can to discuss your options.

The attorneys at Weiner Law can explain to you the various state and federal gun laws and what it means to violate them. We will also evaluate the ways in which specific elements of your crime might affect your potential defense and apprise you of the details of any potential criminal penalties or sentences. In addition to answering your questions, the criminal defense attorneys at Weiner Law will stand by your side as you fight the charges against you. Call 702-202-0500 today for a free consultation.