I’ve Been Drugged at a Las Vegas Nightclub. Can I Sue the Club? 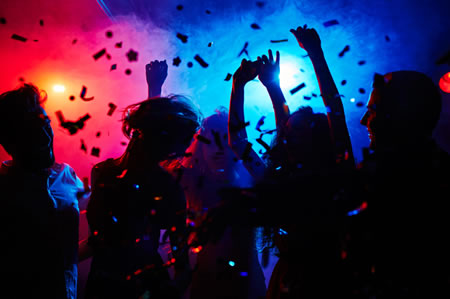 The Centers for Disease Control estimate that at some point in their lives, one in five women will suffer sexual assault, and almost five percent of these attacks will occur to women who’ve unwittingly ingested some unwanted form of chemical substance. Many of these so-called drug-facilitated sexual assaults, or DFSA, occur in nightspots when someone slips a so-called “club drug” into another’s drink.

If you’ve been poisoned with a date rape drug, you may suffer ongoing side effects that land you in the hospital or require long-term medical care. These things not only cost money on their own. They can also cause you to miss work or lose your job entirely. In cases like these, you most likely have grounds for a personal injury lawsuit.

The majority of drugs used in date rape have no flavor or texture. They are also colorless and odor-free, and once they land in someone’s drink, they are difficult if not impossible to detect. If you or someone you know is experiencing the following symptoms, they may have been poisoned by a rape drug. Seek medical attention immediately.

Although similar to Valium in its effect, Rohypnol is 10 times more potent. Known on the street by such names as Ruffies, Roofies, Rope, Roach-2 and Circles, it comes in pill form and dissolves quickly in liquids. While newer forms of this drug will turn clear drinks blue and dark ones cloudy, these changes can be hard to detect in a shadowy room.

Rohypnol takes effect within 30 minutes of ingestion and can cause its victims to appear extremely inebriated. Slurred speech and difficulty standing are common, and those who drink it will often pass out.

Available in powder, pill or liquid form, GHB has a slightly salty taste that is less noticeable when combined with a fruity drink. Strictly regulated in the United States, its common nicknames include Soap, Gook, Liquid Ecstasy, G-Juice, Somatomax and Georgia Home Boy.

It takes no more than 15 to 20 minutes for GHB to depress the central nervous system. Dizziness, drowsiness and confusion often occur, and many who ingest it will vomit. More serious effects include amnesia, respiratory depression, seizures, unconsciousness, coma and even death.

In the United States, ketamine is legal and unrestricted. Available in liquid and powder form, it most often serves as a powerful animal anesthetic, and those in search of a free supply have been known to rob veterinary clinics. Popular street names for Ketamine include Special K, Kit Kat, Cat Valium or simply K.

Ketamine acts quickly. Although those who take it in are usually aware of what is happening to them, they can easily find themselves paralyzed and unable to fight off unwanted advances.

Its ability to lower inhibitions has made this common club intoxicant popular with some as a date rape drug. Also known as Molly, E, Hug, Beans and California Sunrise, MDMA can intensity feelings of love and trust and is similar in effect to mescaline and amphetamines.

In the short term, those who ingest Ecstasy may feel chilly, agitated, faint and dizzy. Overdoses can raise the blood pressure and cause panic attacks, loss of consciousness and death. Ecstasy’s negative effects can intensify and lead to lasting feelings of depression, confusion, anxiety and memory problems.

Inexpensive and easy to get, eyedrops have been called the new Rohypnol. Their use in spiking drinks has increased to the point that some nightclub owners refuse to permit them on their premises at all.

In addition to depressing the central nervous system and slowing the heart rate, drinks spiked with eyedrops will often cause loss of consciousness or coma. Amnesia is a common side effect, and some victims will vomit and may suffer diarrhea.

Long-Range Side Effects of Date-Rape Drugs

While it is possible to sue the nightclub owner, not all courts will deem him responsible for the criminal misconduct of a third party. Nevertheless, you might succeed in winning if you are able to prove that the club at which the crime took place had a history of such occurrences and that the owners, although aware of the situation, made no attempt to prevent it. If you’ve been in Las Vegas long enough, you may remember in the year 2000, the popular nightclub C2K was shut down because complaints of rampant drug use.

You also have the right to bring a personal injury suit (beyond the obvious criminal charges) directly against the person who caused you harm by spiking your drink in the first place. Whatever you decide, you can benefit from the expert help of a personal injury lawyer who has your best interests in mind: one with a firm commitment to obtaining the justice and compensation you deserve. You will find that attorney at Weiner Law Group.

Don’t suffer longer than you have to. Call the personal injury lawyers at Weiner Law Group today at 702-202-0500 for a free consultation.