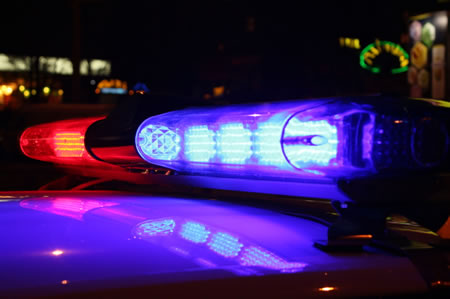 Following a two-year hiatus, the Las Vegas Metro police have agreed once again to attend to fender benders. The freeze on responses to less-serious auto accidents began on March 3, 2014, a date after which people who found themselves involved in ostensibly non-injurious crashes were more or less on their own. Suddenly unable to obtain a legitimate police report detailing the specifics and either driver’s degree of fault, the change left these unfortunates with the personal responsibility of obtaining all relevant information on their own. The collection of names, addresses, plate numbers and insurance information was entirely up to them.

For many of these accident victims, the headaches were only about to begin.

What Brought About the Change?

According to Gary Schofield, Las Vegas Metro’s deputy chief, the original decision to stop responding to minor accidents was not politically motivated. Nevertheless, the interruption in this vital service engendered a large public outcry from area residents who had become used to this sort of service. In the words of Clark County’s Commission Chairman, Steve Sisolak, “That’s what people expected.”

The resumed coverage of minor automobile accidents follows a 0.05 percentage-point increase in the county sales tax, raising it from 8.1 to 8.15 percent. On an annual basis, this so-called “More Cops” tax will generate a projected $14.6 million in additional revenue for Metro.

As anyone involved in a minor crash knows, the mere involvement in the accident itself can lead to a state of anxiety so severe that you don’t realize you’ve been injured. The fact that the most common auto accident injuries involve the neck and back as well as soft-tissue damage to the tendons, muscles and ligaments only complicates the situation. In cases like these, pain can take between 12 to 36 hours to manifest.

The same is true of a brain concussion. It is easy to attribute its signature signs of fatigue and mild confusion to a case of nerves and mistakenly think of your crash as nothing more than a simple non-injury accident.

To Report or Not to Report: It’s Strictly Up to You

Although Las Vegas’s Metro police will once again respond to non-injury car accidents, the decision of whether or not to call them rests entirely on the shoulders of the drivers involved. After a less-serious crash, both motorists can legally agree to exchange information and leave it at that. However, this is not always the best plan of action.

For one thing, a police report will be of invaluable assistance in proving percentage of responsibility. Nevada is a shared-fault state. This means that insurance companies will often limit any insurance payout by the degree to which they find the applicant responsible for having caused an accident. The same is true of any litigation award in a personal injury suit. In cases like these, the facts outlined in the police report can serve as invaluable backup to your claim.

As before, the motorist who wishes to report a non-injury accident in Las Vegas, Nevada and Clark County’s unincorporated areas can do so by dialing 311. If the accident has resulted in any serious or critical injuries, 911 is still the number to call.

Besides the Las Vegas Metro Police Department, other agencies that have always agreed to respond to automobile accidents regardless of their severity include:

If your accident has occurred within its jurisdiction, one of the above will always respond.

What Else You Need to Do

If at least one of the vehicles involved has sustained an excess of $750 in damage, Nevada state law requires you to file an SR-1 accident report within 10 days. In addition, if you believe that you have suffered any type of injury in an auto accident, it is vital to seek immediate medical attention not only for your own good but also to bolster any claim you may have now or in the future against the insurance company or the other driver.

Finally, seek the advice of a qualified personal injury attorney. This is the best means of protecting your interests, and as always, Weiner Law Group stands ready and willing to help. Call us today at 702-202-0500 for a free consultation.