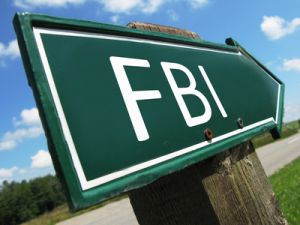 A sweep was conducted this weekend by the FBI to arrest predators forcing minors to engage in prostitution. The individuals conducting these activities, commonly known as pimps, were arrested in 76 cities across the country including our very own Las Vegas. This is the largest and broadest ever operation to prevent the trafficking of minors for sex. While 150 people were arrested for engaging in this conduct, maybe even more importantly, over one hundred children were rescued from various locations where these children were being forced to sell themselves for their captor’s profit.

Most children that are exploited for sex crimes range from 13 to 16 years old, though some are even younger. The FBI used to consider this to be a local issue but due to the age of the victims, and an explosion of this type of crime, Federal authorities started “Operation Cross Country” to stem this crime. Since its’ inception over 1350 people have been convicted with ten sentenced to life in prison.

Pandering, as this offense is officially known in Nevada is defined as inducing, persuading, or compelling someone to work as a prostitute. Because the penalties for this offense are severe, a D Felony with one to four years in prison for an adult prostitute where no force is used to a B Felony with two to twenty years in prison for forcing a minor to engage in prostitution, pimps will do anything to protect themselves from capture and prosecution. However even the unsuspecting customer is in danger if they engage in sex with a prostitute who may look like she is of age, but is in fact under the age of sixteen. Despite the customer’s good faith belief she was an adult he can still be charged with Lewdness with a minor, which is also a B Felony punishable by two to twenty years in prison for each sex act performed.

Being accused of a crime is one of the most stressful and frightening situations a person can experience. If you, a friend, or family member is charged with Pandering or Lewdness with a Minor it is imperative that you contact an experienced criminal defense attorney as soon as possible. The experienced and dedicated criminal defense lawyers at the Weiner Law Group have decades of experience in bringing the fight to the prosecutors and police officers making allegations of wrongdoing against our clients. We examine the facts of every case, identify the defenses needed to win, and then aggressively pursue your defense to the extent the law allows. It’s your future, you need someone to fight for it.