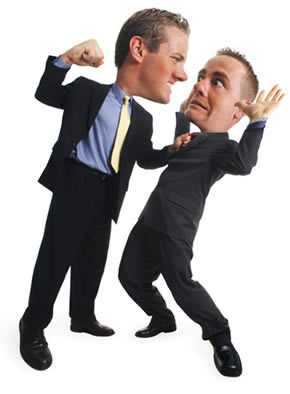 When you are charged with a crime, your options may not be as simple as pleading guilty, not guilty, or no contest. Depending on your circumstances, there are a variety of claims to protect yourself from being found guilty. One common example is claiming duress as a defense.

A good criminal defense lawyer will be able to help you understand your rights and your options about claiming duress, but it’s good to know a little about the subject yourself as well. Below is information regarding when you generally can and cannot claim duress in Nevada cases.

When can I claim duress?

While claiming duress is a not guilty plea, it also is essentially an admission of committing the crime. Therefore, it is very important that you and your lawyer ensure that there is enough evidence to make the judge/jury reasonably believe your defense claim. The most obvious example of duress or coercion is if you are forced to commit a crime at gunpoint. You only committed the crime because of a real and immediate threat to your life, and therefore would be able to plead not guilty even though you did commit the crime. While being held at gunpoint is the most clear, you don’t necessarily have to be in that exact situation to claim duress.

The three key facts that must be proven to successfully claim that the crime was committed while under duress are:

1. The defendant was under immediate threat of harm or death. There is plenty of gray area here, so the more clear and imminent the threat, the more likely the claim will work. For example, being threatened by a brandished weapon is undoubtedly coercion. But if someone anonymously sends you an e-mail telling you to commit a crime or your family will be harmed, this might not be enough to claim duress because the coercion is not imminent nor necessarily real. The defendant could have taken another course of action, like calling the police, instead of committing the crime.

2. The defendant only committed the crime because of coercion. A witness who plans to give testimony but lies under oath because of threats to himself or his family could claim duress. Clearly he wasn’t planning on committing perjury.

3. The defendant was in an otherwise innocent situation. If you are just walking down the street and a stranger threatens you unless you commit a crime, clearly this was of no fault of your own, and a claim of duress could be successful.

When can I not claim duress?

There are a number of circumstances where making a claim of duress will never be applicable in a Nevada courtroom, or at least will make the claim nearly impossible to succeed. Murder, attempted murder, and treason are three crimes that can never be defended by a duress claim.

As mentioned above, if you put yourself in a negative situation, claiming duress will not succeed. This includes if you were involved in criminal activity before the coercion to commit another crime (such as dealing drugs), or were in a criminal group like the mob, a gang, or terrorist organization. To successfully claim duress, you must fully be the victim of the situation.

Another example of when someone wouldn’t be able to claim duress is if he committed a crime because he was brainwashed by another person or group. If a man is in a cult and the cult asks him to burn a building down, duress will not be applied because there was no immediate threat. However, if there was proof of an immediate threat (for instance if someone tries to leave a cult and is coerced), then a defense of duress can apply.

Similar to a claim of insanity, claiming duress puts a larger burden of proof on the defendant than other pleas. However, it is a good protection for those who would otherwise be found guilty of a crime they never would have committed if it wasn’t for coercion.

At Weiner Law Group, we are here to help you face charges and fight them. Don’t face criminal matters alone. Call our criminal lawyers at 702-202-0500 or explore our site to learn more about how we can help you fight for your rights..