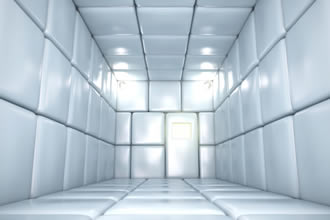 Claiming insanity in court is much more prevalent in pop culture, seen in books like One Flew Over the Cuckoo’s Nest and movies like Primal Fear, than it is in the real life courtroom. Very few cases ever involve an insanity defense, and few of the ones that do actually succeed. This is because the requirements for claiming insanity in every state, including Nevada (NRS 175.539), are very specific and difficult to successfully demonstrate. It also puts the burden of proof on the defendant as opposed to the prosecution, which is never a desirable position unless absolutely warranted.

Another reason why criminal defense attorneys often don’t advise their client to use this defense is because it is an affirmative defense (Nevada Rules of Civil Procedure Rule 8). An affirmative defense means that the burden of presenting facts is largely on the defendant. This can make it even more difficult to succeed because an admission of guilt to the crime is necessary. Furthermore, if the “not guilty by reason of insanity” plea fails and the defendant is found guilty, his punishment may be more severe than if he just pled guilty originally. Although there is a low likelihood that someone or a loved one will plead not guilty by reason of insanity, it is very helpful to be aware of the circumstances that can allow for an insanity defense.

What Makes a Successful Insanity Defense?

To put it simply, it takes a lot to claim insanity. Before considering anything else, whether or not a defendant has been clinically determined to have a psychiatric disorder is the most important component of the plea. Someone previously diagnosed with paranoid schizophrenia, for example, has a far better chance to successfully plead not guilty by reason of insanity over a person who was never previously diagnosed. Regardless of previous diagnosis, a defendant attempting to claim insanity will see numerous independent mental health professionals in order to either prove or disprove their mental incapacitation both at the moment of the crime and during the court proceedings.

The courts in Nevada use the McNaghten Rule to determine legal insanity. The M’Naghten Rule was an early formalization of the insanity plea that has been adopted by many states in the United States. The Rule essentially requires one of these two conditions to be met:

1. the defendant did not know/understand their action, and

2. the defendant was not aware that the action was wrong when it was committed.

If not guilty by reason of insanity is pled, the defendant will have to prove to the jury that the defendant’s mental insanity meets both of the M’Naghten Rule conditions by a preponderance of evidence. Juries still could find a defendant guilty if only one, but not both, conditions are conclusively met. It’s worth noting that if a defendant was voluntarily intoxicated, and that aided in the deteriorated mental state, insanity would not be a viable defense.

Nevada has a less well-known plea that some other states also utilize: guilty but mentally ill. This plea is essentially a guilty plea, as the sentencing will be nearly identical, but with an added component to address the mental condition of the defendant. For instance, if the defendant stole a car and pled guilty but mentally ill, he would still get the penalties for anyone who pleads guilty for that crime would, but he also could be sentenced to a year of mental health care.

States like Nevada use the guilty but mentally ill plea because of the incredible difficulty of successfully pleading not guilty by reason of insanity. Guilty but mentally ill gives the defendant criminal culpability for his or her action, but still allows for an opportunity to acquire help for their mental illness that led to or aided in the criminal activity.

If you need a defense strategy for a crime you’re being charged with, contact the criminal lawyers at Weiner Law Group today by calling 702-202-0500 or fill out our contact form.