What is Obstruction of Justice? 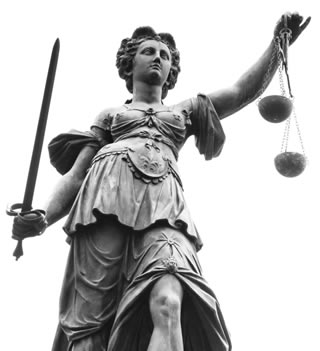 With so many crime shows on television, you’ve probably heard the term “obstruction of justice” more than once. It was also heard in former NFL player Ray Lewis’ case in which he plead down to obstruction of justice after being charged with two counts of murder.  In general, any act that interferes with administration of justice is considered obstruction of justice. The charge is common in Nevada, especially during an unfavorable exchange with a police officer. This offense is a misdemeanor, but you may still be arrested with the threat of fines or jail time.

There are numerous Nevada Revised Statutes that correspond with obstruction of justice charges. NRS 197.190 defines obstruction as the act that occurs after a person with “due notice” refuses to give a statement or supplies a misleading or false statement to a police officer and obstructs the officer from fulfilling his or her duties.

Refusing to Give a Statement

According to the United States Constitution, you do not have to give an incriminating statement against yourself. However, in certain cases, you must provide pertinent information to law enforcement. Nevada upholds its “Stop and Identify” law (NRS 171.123), which states you must provide your identity to an officer but do not need to answer any other questions. In the court case Hiibel v. Sixth Judicial Court of Nevada, the state’s Supreme Court found this law does not violate the Fourth Amendment, and a person may be charged with obstruction when stopped by the police without revealing his or her identity.

Giving an Untrue or Misleading Statement

If you make a willful untrue or misleading statement, you are breaking NRS 197.190, which is obstructing a police officer. This conduct is considered a misdemeanor. However, if the information includes a false name, birthday, social security number, or other data considered “personal and identifying”, you may be charged with a more severe felony offense. Things become complicated because Nevada law does not thoroughly define the term “misleading.” So it’s always good to get a good criminal lawyer to look into your case.

Statute NRS 197.190 explains you are obstructing justice if you willfully hinder, delay, or obstruct a police officer from fulfilling official duties. For example, a common situation that leads to an obstruction charge is when an alleged suspect is being interviewed by the police while another person gives advice to remain silent. This person may be charged with obstruction on the grounds of hindering the investigation process.

NRS 197.090 is a similar statute that involves resisting a police officer by deterring the officer’s legal duties or waging threatening or violent behavior against the police. This charge is more serious than simple obstruction of justice and is punishable with jail time.

When convicted of obstruction of justice, you may be fined up to $1,000 or sentenced to jail for up to six months. The punishment is based on individual case circumstances and the defendant’s past criminal record.

A first offense may be dismissed at a judge’s discretion after the punishment is completed. If the charge is not dismissed, you must wait two years following the case closure for the records to get sealed. Many obstruction charges may be negotiated successfully by a defense attorney, so jail time and fines can be avoided.

At Weiner Law Group, we are here to help you face your obstruction of justice charges and fight them. Don’t face criminal matters alone. Call our criminal defense lawyers at 702-202-0500 or fill out our contact form.