Why Is My Personal Injury Case Going to Litigation? 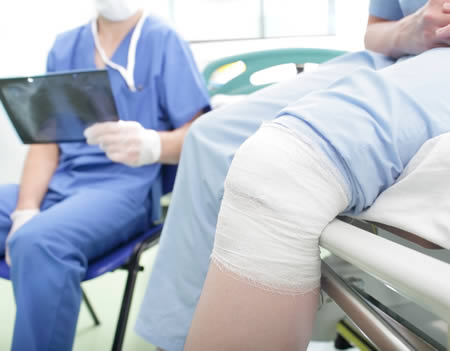 If you’re involved in a personal injury case, it’s normal to wonder how long the process will take and what you can expect. Those who dread the thought of going to trial will be happy to know that in the United States, at least 95 percent of all such cases settle out of court. There is always, however, a small chance that your personal injury lawyer will need to file a lawsuit. Why would this ever be the case, and under what conditions will it happen?

When the Insurance Company Refuses to Settle

The fewer claims an insurer has to pay, the better it makes out financially. For that reason, most attempt to shell out as little as they possibly can. If you were injured in a big-money venue or your injuries and monetary losses rank as severe or catastrophic, the insurance company may accuse you and your lawyer of seeking an excessive amount of compensation. Rather than voluntarily coughing up the injury payment, it might prefer to go to trial and gamble that it won’t have to.

Despite its willingness to take a chance, however, the insurer may very well lose its battle in court, and if it does, its recalcitrance could come back to bite it. In Nevada, for example, the company that frivolously refuses to pay a claim could run afoul of the state’s Unfair Claims Settlement Practices Act (NRS 686A.310), and the policyholder in question might later slap it with a lawsuit of its own.

When the Insurer Wants to Limit Liability

In any personal injury case, the question of who or what was really at fault will always take center stage. As the plaintiff, you and your lawyer must prove that the defendant failed in his legal obligation to do his best to prevent you from coming to harm. The insurer, for its part, may argue that the defendant had no such duty or that you yourself either acted in a negligent manner or forged ahead in defiance of any posted or expected danger. This could be the case if you’re injured in a swimming pool beside a sign that clearly reads, “Dive at Your Own Risk.”

In a state like Nevada, the amount of your monetary settlement will vary according to the proportion of blame that falls on your own shoulders. Consequently, the insurance company that can show you were at least partially responsible for your injuries can save a considerable percentage over what it would have otherwise had to pay. If it has to go to court to prove this, that is what it might choose to do.

When the Insurer Tries to Minimize Your Injuries

In an ongoing attempt to limit the size of their outgoing disbursements, some insurance companies will stop at nothing to downplay the extent of your injuries. Some will even question whether you suffered harm at all. Their efforts will involve trying to prove that your accident:

Many insurers will give independent medical professionals a financial incentive to prove their point and bolster their case. They may also go as far as seizing and scrutinizing your medical records in an attempt to show that the injuries you claim already existed long before your accident took place.

When the Insurer Tries to Claim Lack of Evidence

In another attempt to limit its liability, the insurance company could state that you have failed to provide evidence to substantiate your claim. To that end, it might maintain that you never made available such vital documentation as:

Such an insurer may refuse to pay until you have proven in a court of law that you are able to produce such authenticating documentation.

When Your Case Winds Up in Court

In all personal injury cases, the personal injury attorneys at Weiner Law Group will always do what we can to get you the compensation you deserve. We’ll take your case all the way to court if necessary. When this is the case, you can count on us to advocate for you and do what we must to obtain the largest settlement you can possibly receive.