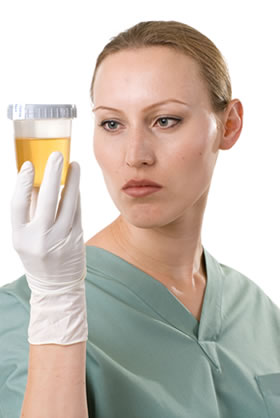 How often do defendants in a criminal case find themselves subjected to random drug testing? In the modern world, this has become a routine event that can happen at various stages in the process. It is now common to undergo such an analysis during your:

In addition to measuring whether your behavior meets with the terms of your probation or conditional release, random drug testing can identify a problem that might require treatment. If you should test positive for substance abuse when being taken into custody, the judge may impose periodic drug tests during the time that you await trial.

Which Came First: the Drugs or the Crime?

Law enforcement has recognized a correlation between heavy drug use and involvement in such offenses as robbery, theft, sex trade exploitation and dealing in contraband. For that reason, those accused of committing such crimes may be more likely to face random drug testing following an arrest. Of course, anyone apprehended for drug possession can pretty much count on it.

How Does Random Drug Testing Work?

Anyone sentenced to random drug testing might understandably try to game the system. To make this difficult, the law relies on a variety of procedures. Most involve assigning you a color or a number. You must then call every morning to learn whether your designated identifier is in force that day. If so, you will have between 10 and 12 hours to present yourself at a testing center.

Will Random Drug Testing Be Part of My Plea Deal?

If your charges involve drug possession or the judge suspects that illegal drugs played a role in the commission of your crime, any plea deal to which you might agree is likely to include random drug testing. This is particularly probable if you are under house arrest.

What Happens if I Am Caught Cheating on the Drug Test?

Any routine drug user is bound to be up against it when faced with random testing. Numerous companies attempt to cash in on this fact by selling fake urine kits and other cheating devices. People who prefer to use the real thing might go to great lengths to sneak in the body waste of someone they know to be “clean.”

These ploys may sound appealing. In truth, they rarely work. Furthermore, any attempt to fool a drug test amounts to a chargeable offense. In addition to racking up an automatic failure, you will face a drug conviction and an almost-certain trip to the nearest lockup. The judge may revoke your bail, and if you have previously received a suspended sentence, the courts will likely overturn it.

Yes. Illegal drugs are not the only road to a positive result. As many as 350 prescription medications can get you there as well. Some of these include:

Numerous over-the-counter remedies can also cause a false positive reading, especially if you exceed the recommended dosage.

How Long Will the Drugs Stay in My System?

Many variables will affect the length of time during which a drug will show up in a drug test. These include such things as your:

Furthermore, every drug will reveal itself differently according to the length of its half-life and the frequency of its usage. Marijuana, for instance, will remain in the system for as few as three or as many as 10 days depending on how often a person smokes it. In general:

Some believe that upping your fluid intake will dilute any drug residue or speed its travels out of your system. This theory is unproven.

Is There Anything My Attorney Can Do?

If you have tested positive on a random drug test, a criminal attorney at Weiner Law Group can analyze whether the test:

In addition to challenging any and all of the steps undertaken during the testing process, a skillful lawyer from Weiner Law Group will insist on having your sample retested by an independent laboratory.

If you face random drug testing in connection with your criminal charge, contact Weiner Law Group at 702-202-0500 today. Our expert attorneys will help you deal with every phase of this process as it relates to your case.