What Shows and What Doesn’t Show on Your Criminal Record? 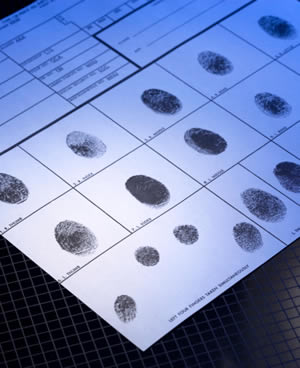 There are plenty of situations where your criminal record may become a potential obstacle for you.

First, it’s important to know that you can have a criminal record on three levels of government: county, state, and federal.

Your statewide criminal record can show any court record that occurred in an individual state. However, not all states reveal the same amount of information. Some can be extremely sparse, outdated, or incomplete. Therefore, what does or doesn’t show on a statewide criminal record will really be dependent on the quality of the jurisdiction’s bookkeeping. But a fully up-to-date criminal record at the state level will include most, if not all, of what is mentioned in county records within that state.

Types of Crimes on Your Record

The specific crimes on your record vary greatly from state-to-state and even between counties. Some jurisdictions will keep track of every arrest and charge you received, even if they were dismissed or you were found not guilty. Other jurisdictions may only reveal convicted crimes. In Nevada, a complete criminal record can include instances in which you were arrested, regardless of whether or not you were found guilty.

There are five major types of crimes that will be put on your criminal record. Traffic-related crimes will include more serious driving crimes such as reckless driving, DUI, DWI, and vehicular manslaughter.

However, minor traffic infractions like parking citations will not be shown. Court-related crimes like perjury and contempt of court will also be included. Even the most minor drug-related infractions will generally be on record, along with violent crimes involving injury to others. Finally, property crimes that involve some kind of destruction or disruption of property, like theft or vandalism, are shown as well. Note that this is not an exhaustive list. Because we are talking about criminal records, civil court decisions and bankruptcy are not shown on your record.

Getting Crimes Off of Your Criminal Record

There are ways for getting certain crimes off of your record permanently by getting the record “sealed,” or removed from the public. A sealed record prevents anyone from seeing a specific record, with the sole exception being if you are charged for a new crime. In Nevada, the easiest records to have sealed are ones that involve an arrest where you were acquitted or the cases were dismissed. Records can also be sealed if they involve arrests from when you were a juvenile, provided you haven’t been charged for more crimes since you became a legal adult.

Many other crimes can be sealed a number of years after the crime is committed and your full penalty (probation or jail sentence) is served. The best way to remove as much as possible from your criminal record is to consult with a criminal defense lawyer familiar with the laws of your individual state. If you’re in Nevada, contact Weiner Law Group today at 702-202-0500.