Supreme Court: Should Criminal Defendants Be Able To Hire Lawyers With Their Frozen Assets? 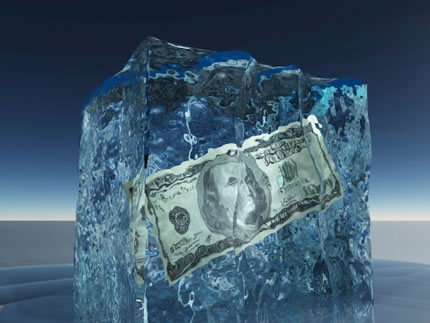 If you should find yourself faced with criminal charges, the U.S. Constitution will provide you with some basic built-in protections. One of these is the right to hire the legal representation of your choice. Because a well-intentioned but overburdened court-appointed lawyer may not give your case the attention it deserves, the exercise of this right can mean the difference between winning in court and receiving a guilty sentence.

Sometimes, though, the court will decide to freeze all the assets, good and bad, of a defendant who has no other means of hiring a lawyer. What happens then?

The Case of Luis vs. the United States

When Sila Luis, president of a Florida-based health care provider, found herself under indictment to the tune of $45 million in Medicare fraud, the federal government issued a freeze injunction against her financial resources, including monies whose ties to the alleged crime were in question. Luis fought the ruling, insisting that in addition to being free of guilt, some of her holdings were central to obtaining legal counsel.

When federal district and appeals courts concluded that Luis had no constitutional right to access these funds, she appealed to a higher authority. In June of 2015, the Supreme Court took up the matter.

How the Government Freezes Assets

Cases of white-collar crime always involve money, and to ensure that enough of it will remain to reimburse the victims of these crimes, the government reserves the right to freeze the defendant’s assets for the duration of the proceedings. Once those funds are frozen, the defendant cannot use any part of them to hire an attorney. In the recent case of Kaley v. United States, the Supreme Court agreed in a 6-3 ruling that an alleged criminal couldn’t use the fruits of illegal activities in this manner.

This raised the issue of whether untainted assets would also be subject to the freeze. Since the defendant has yet to be convicted of his crime, such an inclusion would call into question the concept of presumption of innocence. The federal government, however, believes that unless such a freeze includes both types of monetary resources, difficulties in separating the good money from the bad could result in a dissipation of the entire amount.

Since Sila Luis had already expended a portion of her ill-gotten gains on luxury purchases, the government contends that the calculation in this case comes down not to tainted versus untainted but rather to what part of the amount might later be subject to forfeiture if the courts find her to be guilty.

During the earlier Kaley case, Supreme Court Chief Justice John Roberts stated his dissenting belief that the freezing of untainted funds along with the tainted not only deprives the accused of his constitutional right to obtain the legal counsel of his choice but also erodes the basis of the country’s criminal justice system. This opinion would seem to bolster the claims of Sila Luis.

Congress has also raised this issue of asset forfeiture, and its concerns appear to cross party lines. The focus here, however, has leaned more toward the occurrence of such a practice in state and local civil proceedings.

Why This Case of Frozen Assets is Relevant

Although Luis’s frozen assets will potentially reimburse the federal government if the courts should find her guilty of Medicare fraud, this case also matters at the lower legislative levels. A number of states already permit the melding of tainted and untainted assets in such a freeze, particularly if the defendant has already depleted a portion of the illicit funds. Governments do this to ensure that after a defendant’s potential conviction for fraud, his victims will be able to recoup as much as possible of their losses. If the Supreme Court invokes against the practice, could that ruling affect the current methods of these local courts?

Sila Luis, for her part, continues to fight the government’s attempts to deprive her of her right to use the unsullied portion of her monetary holdings to hire an attorney of her choosing. In the fall of 2015, the Supreme Court will hand down its verdict.