What Is Civil Disobedience? 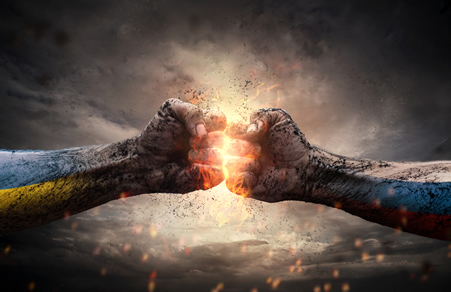 Can workers planning a peaceful demonstration find themselves forced instead into an act of civil disobedience? In cases where legislators, officials or local laws prohibit a group from openly exercising its right to freedom of speech, the answer is often “yes.” Just ask the hundreds of members of Nevada’s local private-sector Culinary Workers Union who were forced to take their grievances to the streets of Las Vegas in February 2016.

What is civil disobedience, and what how does it differ from more laid-back methods of demonstration?

The Concept of Civil Disobedience

To fit the definition of civil disobedience, an action must conform to a certain set of standards in which four elements are present overall. The civilly disobedient activity will:

Why Do People Engage in Illegal Demonstrations?

People who resort to acts of civil disobedience almost invariably feel unable to find a better means of effecting meaningful change. They may be concerned with righting such wrongs as voter suppression, animal cruelty, low wages or environmental pollution. While the Las Vegas culinary workers originally intended to peacefully rally for the cause of fair treatment at work, the local sheriff’s refusal to grant them permission to do this served as the catalyst that pushed them into civil disobedience.

In modern liberal democracies, this form of protest is often seen as a legitimate means of addressing social concerns. Many join in for purely altruistic reasons, feeling that even though the situation at hand may not affect them directly, they have a moral obligation to fight for what they believe is fair and just.

The Penalties of Civil Disobedience

Anyone who knowingly breaks the law can’t help but realize that punishment very likely waits around the corner. Those who participate in civil disobedience are always aware of this and fully expect to receive the verdict of guilty for having engaged in a minor crime. Many are happy to face the music, knowing that their willingness to do so conveys a sense of self-righteous martyrdom that may hopefully serve to strengthen their cause.

Since most such offenders are far from hardened criminals, some authorities can be reluctant to mete out harsh punishment for this type of activity. Others, however, take the opposite approach, feeling those who engages in civil disobedience deserve harsher penalties if for no other reason than to put them in their place.

Any punishment for civil disobedience will take place in the hopes of:

Since those who engage in civil disobedience are rarely consistent lawbreakers, it is unlikely that any of them will receive much more than a slap on the wrist. First offenders will be the least likely to pay an exorbitant price. In the end, the punishment, if there is any, will vary widely according to the court, the judge and the severity of the crime involved.

It is one thing to recognize civil disobedience, but is it ever justifiable? Its intent and the framework in which it occurs will assist in making that determination.

On the one hand, an act of civil disobedience can have the unintended consequence of setting a bad example and turning the public against the participants as well as the cause. Nevertheless, it goes without saying that in many cases, this sort of demonstration can be the only means at hand of righting a societal wrong, changing a law that is somehow unjust or drawing attention to what its participants believe to be a vital issue. It may not always do the trick, but by sowing the seeds of public awareness, civil disobedience can sometimes succeed in bringing about change at some future point down the road.

Have you been charged with civil disobedience? Contact the criminal attorneys at Weiner Law Group today by filling out the contact form or calling 702-202-0500.