What is the Discovery Process in a Personal Injury Lawsuit? 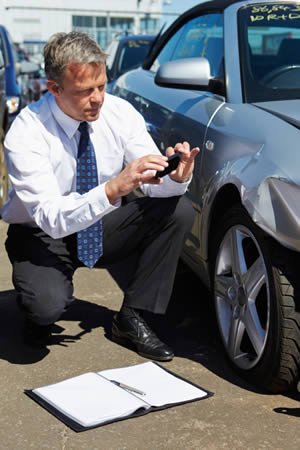 The discovery process is the phase of personal injury litigation during which attorneys for either side seek information from the opposing party. Occurring during the pretrial period, it serves to discover facts that could later serve as admissible evidence.  The process of discovery consists of:

Although much of what the lawyers uncover during the discovery phase will have no bearing on the case, they must attempt to learn all they can in the hopes that some of it will later prove useful. Parties to the litigation may well find segments of their personal lives placed on the public record.

Interrogatories consist of written questions mailed to the opposing side in an attempt to:

The state of Nevada requires that all answers to these interrogatories take place under oath and appear in writing. Your attorneys may object to any questions that are excessively vague, overly broad, irrelevant or defective in any other way. Inquiries that violate the work-product or attorney-client privilege are also off limits.

It is vital to answer all interrogatories truthfully, accurately and as promptly as possible. If the opposing side fails to receive a complete or sufficient response within 20 or 30 days, it can force a reaction by filing a motion to compel. If the recipient of interrogatories continues to refuse, the court can impose sanctions or dismiss the case entirely. It may also hold the recalcitrant party responsible for covering any court costs and attorney’s fees resulting from the motion to compel.

As part of the discovery process, either party to the litigation can serve the other with a request for the production of any non-privileged documentation that has relevance to the case. In a personal injury proceeding, such documents can include:

A personal injury attorney can raise objections to any request for information that is privileged, irrelevant or in some other way not discoverable. The production of any allowable documents must include a written response that lists and describes each in detail.  While either side can request an unlimited number of relevant documents, Nevada does impose a time limit of from 20 to 30 days for the other to answer. After this, the opposing side can file a motion to compel a response.

As an attempt to narrow down the number of issues in dispute, either party may serve upon the other a written request for admission demanding the affirmation or denial of a relevant fact. Any failure to respond within a specified frame of time will equate to an admission that the fact or facts in question are true and not subject to dispute.  A denied fact will remain in dispute, but if the subsequent trial should prove it to be true, the party that denied the fact could find itself liable for any associated investigative costs.

A deposition consists of a formal questioning session at which both sides, their lawyers and a court reporter are usually present. Such meetings normally take place at an attorney’s office, but telephone or video conferences are alternate possibilities. The attorney who is taking the deposition asks the questions, and the deponent must answer under oath.

Although the deponent’s attorney can raise objections to any of the questions, he will normally focus more on their form than on their content, advising the client to avoid answering any that he considers:

In all other cases, the deponent must answer honestly and to the best of his ability. Those who refuse to do so could later find themselves compelled by the court to either provide the answers during the trial or sit for another deposition.

As the longest and most involved aspect of any personal injury litigation, the discovery process could drag on for years. Nevertheless, it is a vital component of the pretrial period. Make sure you put your personal injury case in the hands of competent and experienced attorneys.  A competent attorney who promptly follows up on all required responses and avoids filing unnecessary motions to compel can speed up the process immensely. Call the experienced attorneys at Weiner Law Group today at 702-202-0500 or fill out the contact form.