What’s the Difference Between Kidnapping and False Imprisonment? 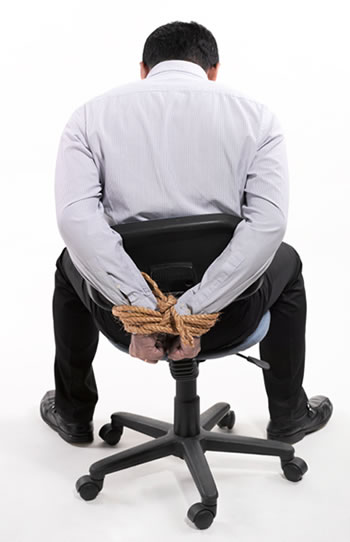 After unsuccessfully appealing his armed robbery and kidnapping conviction, O.J. Simpson has found himself back behind bars. The case still has many scratching their heads. Although most understand the first accusation, some may still wonder why the charge of kidnapping had ever entered the equation.

After all, when the Heisman Trophy winner and six of his associates broke into Bruce Fromong and Alfred Beardsley’s Las Vegas hotel room in September 2007, none of the intruders made any attempt to capture and carry off their victims. Although at least two members of O.J.’s entourage did hold them at gunpoint, O.J. himself had only one objective in mind: to retrieve a number of items that he considered to be his own personal property. Since nobody dragged the two sports memorabilia mavens from their hotel room, wouldn’t false imprisonment (NRS 200.460) seem a more likely charge?

The Difference Between Kidnapping and False Imprisonment

In Nevada as in many other states, false imprisonment occurs when one person unlawfully violates another’s liberty by confining or detaining them against their wishes. On the face of it, that would seem to be exactly what this gang of seven had done. However, this particular escapade did contain additional elements.

For one thing, at least two of O.J.’s partners in crime did brandish their weapons in a threatening manner. In so doing, they subjected the victims to an increased threat of physical harm in excess of what one would normally expect as a robbery victim. Although neither O.J. nor his henchmen had made any attempt to carry the victims away, the above two factors alone were enough to raise the charges against them from false imprisonment to kidnapping.

Adding to O.J.’s problems was the fact that depending upon the circumstances, Nevada’s definition of kidnapping may apply to anyone who deliberately confines another individual against his wishes regardless of whether he does or does not maliciously make off with that person.

It’s a Matter of Degree

In Nevada, kidnapping counts as a felony that can vary in severity from first-degree Category A to second-degree Category B. To convict defendants of the former, the state must prove beyond doubt that the accused individuals deliberately committed the act with the specific intention of:

The state of Nevada is harsh on Category A offenders. Punishments for this more egregious variety will often consist of imprisonment for:

If the kidnap victim suffered no serious harm, the penalty might consist of imprisonment for fifteen years to life with possible parole after only 5 years.

Most perpetrators who do not remove their victims from the premises and have no intention of harming them will face charges of second-degree kidnapping. This is a Category B felony, and those who are convicted will normally face between two and 15 years in prison along with a possible fine of up to $15,000.

In cases of second-class Category B kidnapping, a sharp-witted criminal attorney can often argue the charges down to the lesser crime of false imprisonment. This is a gross misdemeanor for which the penalties are far less severe. An expert lawyer will do his best to demonstrate that:

If you are facing charges of kidnapping or false imprisonment, the assistance of an experienced criminal lawyer can be invaluable. The criminal defense lawyers at Weiner Law Group understand the subtle differences between these two offenses and will use their expertise to your advantage. For help in fighting the charges against you, contact our office today.