Can I Video Record a Police Officer? 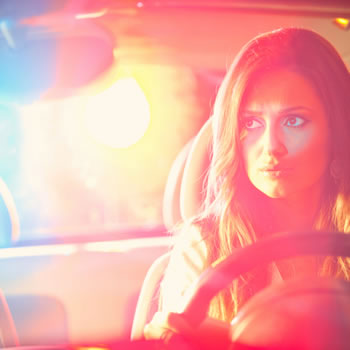 Have you ever found yourself the victim of an unexpected traffic stop?

Almost everyone who drives will eventually feel the shock of seeing the rearview mirror glow with the flashing lights of a trailing police car. Whether you’ve been stopped for faulty equipment, traffic violations or driving under the influence, the experience is bound to be unpleasant: so unpleasant, in fact, that you may later find yourself telling your friends, “Next time, I intend to record that.”

That might be a great idea, but is it legal?

Where Recording a Police Officer Will Lead to Trouble

If you are a resident of Illinois, Maryland or Massachusetts, you’ll have to forget the whole thing. In these three states, filming the police is completely against the law. That is true even if the activity you want to record takes place in a public area and happens to involve you personally.

In the remaining 47 states, including here in Nevada, the privacy laws are less stringent. For those who live in eight of them, however, this sort of activity falls into a grey area. If you’re a Nevada resident, where does that leave you?

Recording the Police in Nevada

The state of Nevada is one of eight in which privacy laws generally prohibit filming members of law enforcement in a private setting without first getting their consent. The others are:

Even in these states, however, the courts have ruled that such restrictions do not apply to recording the police while they are on the job in a public place. Federal law also permits such filming as long as the person doing it stays out of the officers’ way.

Nevertheless, those who choose to take advantage of this freedom must never forget one important fact: The officers who inadvertently star in these videos may have no idea that the privacy restrictions in cases like these do not apply to them.

Never Antagonize the a Police Officer

When filming any sort of police activity, it always pays to be wary. Many officers will not appreciate having their actions recorded, so don’t be surprised if they badger you or attempt to confiscate your camera. They might even try to arrest you on misdemeanor charges. Nevertheless, since you are not breaking any laws, they cannot accuse you of recording them illegally.

Try Not to Film in Secret

If you do decide to record the police, it’s best to do so openly. You don’t want them to accuse you of filming without their knowledge and against their will.

Think Before You Speak

Any police officer at whom you point a recording device might understandably feel threatened by your actions. If he or she should tell you to stop, just state calmly that you are only asserting your First Amendment rights and have no plans to interfere with their activity. Above all, never aggravate them by stating that you’re only recording to keep them honest.

Don’t Be Surprised if They Arrest You

If you refuse to stop filming when asked, the police may threaten to apprehend you on grounds of civil disobedience. At this point, you have two choices. You can either

Either way, do your best to keep the camera in your possession. Its contents may serve as evidence later on.

Don’t Aim the Camera As If It Were a Gun

Law enforcement does not always react well to perceived aggression. If the police at whom you point your camera mistake it for a weapon, you might not live long enough to see them arrest you. To ensure that they do not confuse your innocent filming with something more insidious, have your recording device at the ready well in advance of recording. If you grab for it in a hurry, the officer might easily believe you’re reaching for a firearm.

It is also a good idea to hold the instrument close to your body while filming. This allows you to maintain eye contact with the officer. You can always glance down occasionally to ensure that the device stays pointed in the right direction.

If Nevada law enforcement should arrest you for recording a police encounter, don’t try to fight the charges on your own. The experts at Weiner Law Group can protect you against possibly trumped-up accusations of civil disobedience or other misdemeanors. Remember, by filming police activity in a public place, you have broken no laws. Call the criminal defense attorneys at Weiner Law Group today at 702-202-0500 and let us get an immediate start in clearing your good name.