The Difference Between a Felony and a Misdemeanor 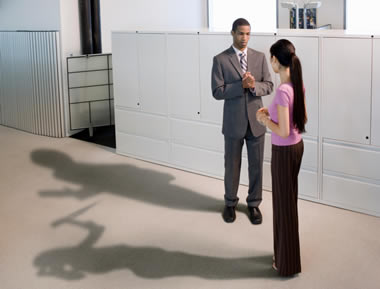 The state of Nevada recognizes three levels of criminal infraction: misdemeanor, gross misdemeanor and felony. Every crime will fall into one of these three categories. As the primary differences pertain to the seriousness of the crime and the potential severity of punishment, the distinction between them is vital.

In the state of Nevada as in many others, the misdemeanor category comprises the least serious crimes and many first offenses. In addition to traffic violations, it includes such infractions as:  – Trespassing.

While more serious than a misdemeanor, a gross misdemeanor is still less critical than a felony. Some examples include:

A felony is the gravest of Nevada’s three types of crime, and the state breaks it down into five categories. In reverse order of severity, they are:

Such a wide range of felony categories is bound to encompass a similarly wide range of punishments. While a conviction for a Category E crime can sometimes result in probation with no prison time, the same will never be true for a Category A conviction. As the most serious of the five, its punishments include life in prison with or without possibility of parole or, at the worst, death (NRS 193.130).

Convictions become a part of your criminal record, allowing the courts to take any or all of them into consideration when imposing the sentence for a subsequent crime. In addition, any conviction can wreak havoc with attempts to apply for a job, buy a house, rent an apartment or seek a professional license.

When Misdemeanor Turns to Felony

In the state of Nevada, prior convictions for certain crimes will raise their considered severity. These are the enhanceable offenses, and anyone guilty of repeating them will face higher charges. The exact degree of escalation will depend on the crime itself and the number of prior offenses. In the case of marijuana possession, for example, a third offense raises the charge to gross misdemeanor while fourth and subsequent offenses escalate the infraction to a Category E felony.

In addition to marijuana possession, Nevada’s enhanceable offenses include domestic violence, driving under the influence and driving or operating a vehicle while intoxicated.

Anyone accused of a felony must do his utmost to get the charges reduced. A competent attorney can often expedite this process. As an immediate effect, a reduction in charges will lower the severity of your punishment. It will also enable the sealing of the conviction from your criminal record in a far shorter number of years.  For example, although a conviction for a sexual crime will remain unsealed forever, the majority of felony convictions will remain available to the public for at least seven and as many as 15 years after the case’s closure. Sealing of a gross misdemeanor conviction, on the other hand, can take place after no more than seven years while for a simple misdemeanor, it is possible after just two.

Why You Need Adequate Criminal Representation

You may be facing criminal charges today, but they need not be written in stone. This is where Weiner Law Group can help. A competent criminal defense attorney from our firm can negotiate toward getting your charges lowered or even succeed in having them entirely dismissed. Remember, today’s criminal conviction can continue affecting your life far into the future. It’s vital to leave nothing to chance, so be sure to contact Weiner Law Group today by calling 702-202-0500 or by filling out our contact form. We’ve helped others in the past. We know we can help you too.