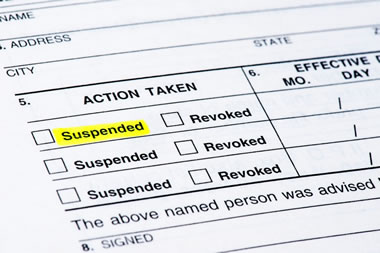 Although driving under the influence is never a laughing matter, the majority of DUI (Chapter 484C) arrests amount to misdemeanors. This means that the drivers involved, if convicted, are likely looking at up to $1,000 in fines, between one and six months in jail, or both. Those DUI punishments are bad enough, but if the death or bodily injury of another person should enter the picture, things can get a whole lot worse.

In the state of Nevada, a DUI that has caused another person’s death or serious injury (NRS 484C.430) escalates immediately from a misdemeanor to a category B felony, and the punishments for conviction will now include one or more of the following:

Certain aggravating factors will increase the severity of this particular felony. One is the existence of any previous DUI convictions, since it’s an enhanceable offense. Another is the presence of a passenger under the age of 15 in the driver’s vehicle at the time of the violation. A conviction with either of these factors in place will engender harsher punishment.

If you should find yourself charged with felony DUI, you’ll need the type of defense that only a seasoned DUI attorney can provide. Remember that to win a conviction, the prosecution must prove your guilt beyond a reasonable doubt. The lawyer who succeeds in challenging the evidence can get the charges reduced or even dropped.

Potential defenses include showing that:

The successful implementation of these and similar DUI defense strategies can result in a reduction or dismissal of the charges against you.

When the Intoxicated Driver is Not to Blame

Although a high or intoxicated driver might be involved in an accident that caused the death or serious injury of another party, the incident may not have been that driver’s fault. This can be true even in cases where an accurate BAC measured well over .08 at the time.

For example, an intoxicated driver who is otherwise obeying all traffic laws may encounter:

Such accidents as these can easily kill or seriously injure another party, and although testing might prove the existence of excessive blood alcohol levels, nobody could say that such mishaps were the fault of the intoxicated driver.

Unfortunately, law enforcement might see things differently. When police arrive upon the accident scene, they could take the smell of alcohol on one driver’s breath as an infallible sign of culpability (see DUI FAQ), and the intoxicated individual could suddenly find himself face to face with serious criminal charges.

How a DUI Attorney Can Help

An experienced DUI lawyer can help the courts to understand that mere involvement in such accidents does not necessarily point to guilt. To obtain a conviction, the prosecution must prove that the accused’s driving was responsible for the serious injury or death of the other party. If it is unable to do so, the charges will not hold up.

The accusation of DUI causing bodily harm or injury is a serious one, and the accused must do everything possible to get such charges reduced. Fortunately, when the prosecution’s case is sufficiently weak, a good DUI attorney can argue the charges down to such lesser charges as:

If you are facing charges of DUI causing injury or death in Nevada, it’s important to obtain qualified legal assistance as soon as possible. The experienced DUI attorneys at Weiner Law Group will leave no stone unturned in ferreting out the evidence that will help to get your charges either dropped or substantially reduced.

It’s your future; don’t leave it to chance. Contact the criminal lawyers at Weiner Law Group today by calling 702-202-0500 or filling out our contact form..