What Does Getting Your Record Sealed Mean? 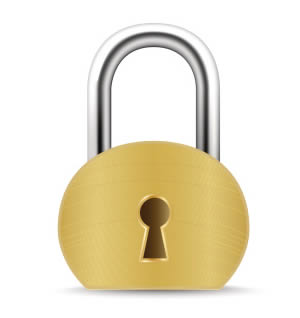 When you are arrested, much of what happens afterwards, from the indictment to the court process and eventual verdict, becomes public going on your criminal record. This record can follow you for the rest of your life, affecting your job prospects and personal life. However, if you get your record sealed, these records will be put away from the public, removing the burden from your life. While not every offense can be sealed, it is certainly worth pursuing in order to remove these records that could potentially harm your chances at getting a job or receiving acceptance to a university. This article will answer many questions about when record sealing is appropriate and how the process works.

Which Circumstances Allow For Getting a Record Sealed?

You can seal a criminal record in many cases, but usually only when your offense(s) were minor in nature. One of the most common uses is getting your juvenile record sealed. If you had a low number of minor offenses (misdemeanors) as a juvenile, you will generally be able to get these records sealed after a period of at least two years after you became an adult. However, if you commit crimes after becoming an adult but before sealing the record, your request to seal the juvenile record may be denied.

Another common circumstance for sealing your record is when you were arrested and/or charged with a crime, but were found not guilty, or the case was dismissed. Even an arrest without a conviction can create an unwanted stigma that you want to get rid of. Usually this will be the easiest type of record to have sealed because you were not actually convicted of any crime.

The following are examples of when you generally can’t get your record sealed:

Essentially, your record can’t be sealed in situations where the state considers the offenses dangerous if hidden from the public. If your offenses did not involve any of the cases above, you may be able to get your record sealed.

It’s important to note that laws vary from state to state in regards to getting a record sealed, and it’s very important that you research your local laws in order to figure out if and how you would be able to seal yours.

What Is The Process For Sealing a Record?

The process for sealing a record can differ greatly between court systems, but there are a few basic steps that are followed across the U.S. First, you must gather your complete criminal record. As mentioned earlier, the amount of past offenses can have a serious effect on your ability to get your record sealed. After you gather the information, you must file for sealing the record after the allotted amount of time post-trial. The filing costs a low fee (usually less than $100) and is free if you were found not guilty or the case was dismissed. Finally, the court will decide on whether or not your record can be sealed.

Getting your record sealed is quite similar to expunging a record; they both remove the record from the public. However, a sealed record still exists and can be unsealed with certain court orders or if you were to commit another serious crime. An expunged record, on the other hand, is completely destroyed. Expunging a record is generally more time consuming, less common, and some states don’t even allow adult crimes to be expunged at all. All states do, on the other hand, allow for sealing of records in certain circumstances.

Getting your record sealed can be a difficult and lengthy process, but is well worth it for those who would like to move on from previous drama and have it not turn up again. The most reliable way to get your record sealed is to visit a criminal defense lawyer experienced in your state’s policies and have him or her assist you with your proceedings. Call Weiner Law Group today at 702-202-0500.