Home from Las Vegas with Criminal Charges Pending: What Can They Do to Me Now? 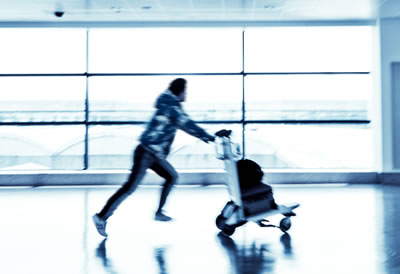 Despite what else you may have heard, some things that happen in Las Vegas aren’t about to stay there. This is particularly true for the visitor accused of committing a crime. When you return to your home state or country, those criminal charges will go right along with you. Under circumstances such as these, what’s a tourist to do?

When Breaking the Law Seems Easy

Thanks to sometimes-overeager marketing attempts, many visitors to Las Vegas tend to view it as a giant amusement park. They feel wrapped in a cloak of anonymity so thick that no one will take notice of their actions. To make matters worse, some tourists have no idea of what is and is not legal in Las Vegas. Such confusion can result in the commission of a crime.

Whatever the initial trigger, some types of criminal activity frequently involve tourists in Las Vegas. Such crimes include:

How the Lawyers at Weiner Law Group Can Help

If you’ve committed a crime in Las Vegas, the court will expect you to appear in person at all future hearings. Of course, once you’re back in your country or state of legal residence, returning to face the music is the last thing you’ll want to do.

Fortunately, with the help of Weiner Law Group, you may not have to. That’s because despite what you may have heard, Las Vegas courts will often allow a criminal defense lawyer to appear in your place for at least the initial hearing. If circumstances are in your favor, you might not need to return at all.

We will begin your defense by arguing for a reduction or complete dismissal of the criminal charges against you. This is often possible if you have no other criminal history working against you. We will also attempt to reduce or even eliminate the number of times you’ll need to return to Las Vegas.

If you’ve left Vegas with criminal charges pending, don’t try to fight them alone. Speak to a criminal defense attorney at Weiner Law Group who can smooth the way for you. Call today for a free consultation on your criminal case and learn what we can do to help you now.