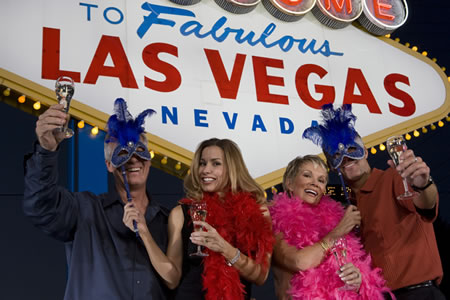 When people envision Las Vegas’s attractions, gambling is usually the first to come to mind. The second will often be drinking. For more than a hundred years, permissive regulations concerning alcohol consumption have attracted visitors in droves to a city that thrives on tourism.

Despite the apparent permissiveness, however, those who come to Las Vegas to party soon find that a variety of city, state and county laws impose open container restrictions that can be as confusing to locals as they are to visitors. Since Nevada regulates open containers by local ordinance and not state law, the rules will vary according to location. The visitor who hopes to avoid a fine will take the time to learn the ins and outs.

In general, Las Vegas considers an open container to be any can, bottle or other vessel that holds an alcoholic beverage and sports a broken seal. Some examples include:

Once an alcohol container is open, closing it again changes nothing. The “open container” designation stands even after the person who enjoyed a sip has replaced its cork or cap.

Open Containers on the Strip

Many who visit the Las Vegas Strip are unaware that it actually falls within the boundaries of unincorporated Clark County, an area in which ordinances tend to be somewhat more lax. While prohibiting possession of an open alcohol container in a parking lot, a public park or within a 1,000-foot radius of the location at which you purchased it, the rules here allow the carrying of open containers on the Strip if they are made of nothing more dangerous than aluminum, paper or plastic.

Glass containers, though, are another matter. Regardless of their contents, it is legal to carry them on the Strip only when they are:

Otherwise, carrying glass containers on the Strip is against the law.

The visitor to Las Vegas’s downtown area will find the open container rules to be far more stringent than are those of unincorporated Clark County. This section of incorporated Las Vegas additionally prohibits the possession of open alcohol containers:

Despite these restrictions, you can carry an open plastic container of alcohol in Las Vegas’s downtown region if the establishment that sold it carries a tavern license and thereby allows the removal of liquor from the premises. Unfortunately, while some of downtown’s larger casinos, restaurants and bars do possess this authorization, most do not. Those who carry their drinks through the exit doors of these concerns will be breaking the law.

Although Nevada laws generally prohibit the presence of open alcohol containers in moving vehicles, Las Vegas does allow them in car trunks or other locations outside the passenger compartment. However, riders in any sort of pay-for-hire transportation can carry open containers only if a partition exists between the driver and those who are paying the fare. Otherwise, people who plan to grab a cab between watering holes should first introduce their drinks to the nearest trash receptacle.

Those who break Nevada’s open container laws are committing a misdemeanor. Penalties typically consist of fines that can run as high as $1,000, as many as six months in jail, or both.

Defenses include proving that:

When there is doubt about where the incident took place or what type of beverage the vessel contained, the courts will often respond by entirely dismissing the open container charges. If for some reason you find yourself in trouble with the law, call the criminal lawyers at Weiner Law Group today at 702-202-0500 or fill out our contact form for more information.