What Is the Legal Age of Sexual Consent in Nevada? 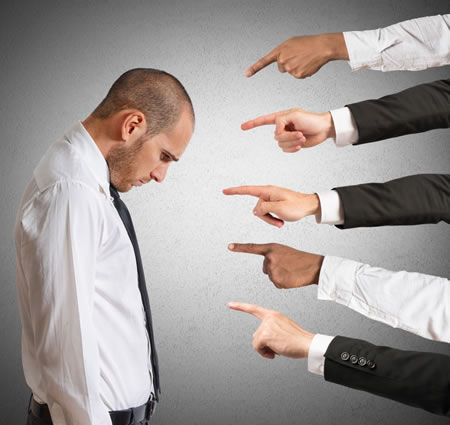 What’s the age that someone can have sex in Nevada? When does a child become an adult? It’s a simple question for which the answer can often vary. In matters of sexual consent, two distinct parameters will have the greatest impact: the location of the alleged activity and the circumstances under which it has taken place. In general, the state of Nevada has declared 16 to be the minimum age of consent (See NRS 200.364). Nevertheless, there is more to the story than that.

Although rape will always be rape, it can exist in one of two distinct flavors: forcible rape and statutory rape. Forcible rape relies on the use of threats or physical strength to compel a victim to submit to unwanted sexual activity regardless of that person’s age. The concept of statutory rape, on the other hand, arises when a person aged 18 or older engages in any sort of sexual activity with a consenting minor. Known in Nevada as statutory sexual seduction, its definition includes all forms of consensual oral sex, anal sex and sexual penetration involving an adult and a minor between the ages of 12 and 16.

Consistent with these parameters, the 18-year-old who does no more than engage in heavy petting with a postpubescent minor could conceivably face charges of statutory sexual seduction. To make matters worse, an honest misunderstanding of the victim’s legal age will never serve as an excuse. This is true even in cases where the consenting minor deliberately lied about or falsified his or her age.

Sex Between Students and Teachers

In an educational environment, the age of consent in Nevada rises from 16 to 17. The state considers it a crime for an adult in the employ of any scholastic institution to engage in sexual activity with a student younger than 18. Those at risk for such charges include:

If the victim in such a case was 16 or 17 years old, the defendant will face category C felony charges for which punishment in Nevada consists of from one to five years in prison and a fine of as much as $5,000. If, on the other hand, the student was no more than 14 or 15 years old at the time, the crime rises in severity to a category B felony and is punishable by a prison sentence of from one to six years and a fine not exceeding $5,000.

Many who face Nevada charges of statutory sexual seduction are in fact innocent. When fighting the allegations, the strategies employed by a criminal defense attorney may include:

Of course, the prosecution must always have a strong case. If a criminal defense attorney can prove that it does not, the charges against the defendant should be dropped.

In the state of Nevada, the penalties for statutory sexual seduction will vary with the ages of the parties involved. If the defendant should happen to have been between 18 and 21 at the time, the crime amounts to a gross misdemeanor for which punishment may consist of a year in jail, a $2,000 fine or both. Once he has advanced beyond the age of 21, however, the severity of the charge rises to a category C felony for which punishment consists of between one and five years behind bars and a fine of as much as $5,000.

The age of the victim will also play a role. Any adult convicted of sexually assaulting a child aged 14 or younger faces between 35 years to life in prison while those found guilty of child sexual abuse could easily spend the remainder of their lives behind bars.

In addition, Nevada requires all persons found guilty of committing a sexual offense against a child to register as sex offenders. Under penalty of law, they must notify local law enforcement of all changes of address and submit a yearly verification form to Nevada’s Criminal History Repository. Considering its effects on a person’s social and employment prospects, having one’s name appear in a searchable sex offender database may prove the harshest punishment of all.

If You’ve Been Charged with Statutory Sexual Seduction

For people convicted of statutory sexual seduction in Nevada, the consequences can last a lifetime. If you are facing these charges, legal assistance will be essential. The criminal defense attorneys at Weiner Law Group are here to help. We will explain the entire process to you, keep you informed as the case proceeds and aggressively defend you at trial.

Don’t let charges of statutory sexual seduction ruin the rest of your life. Call Weiner Law Group at 702-202-0500 for a free consultation and let us help you put things right.