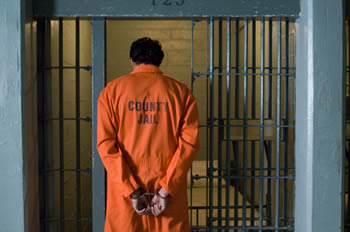 It’s 3:00 a.m. and you get a call from the city detention center saying that your loved one has been detained for a crime they committed in Las Vegas, Nevada.

Learn how post bail in Las Vegas and get your loved out of jail as quickly as possible.

The only way the court will release a person from custody is if he or she posts bail. “Posting bail” means you will give the court money as a means of promising that the detainee will show up for all future court hearings.

The amount the court charges for bail is significant because the court will not release anybody being detained unless they are confident that there is enough collateral to ensure the individual will return for his or her court hearings, arraignments or trials.

It usually costs thousands of dollars to post bail in Las Vegas. You just paid rent and don’t have anywhere near that kind of money. For certain gross misdemeanors the bail amount can be $2,000 but for more serious B felonies the bail could be set upwards of $20,000.

What do you do?

When you find out a family member or someone you care about is in jail, of course the first thing you want to do is to get them out of jail as soon as possible.

Posting bail for someone in custody in Las Vegas is a complicated and stressful process. But it doesn’t have to be. If you need specific information on posting bail in Las Vegas, go to our page on How to Post Bail or contact us today.

If the person is in custody, you may be able to post bail during business hours (Mondays through Fridays, 8:00 a.m. to 5:00 p.m.) at the Regional Justice Center at 200 Lewis Ave. If it is after business hours, bail can be posted either online or in person at the bail window located at 3300 Stewart Avenue, Las Vegas, Nevada, 89101.

You may post bail in cash, cashier’s check, or money order. Unlike most other jails, the Clark County Detention Center (CCDC) also accepts bail of up to $3,000 by VISA or Mastercard. A $40 filing fee must accompany bail payment. You can also wire the money through Western Union Quick Collect at 1-800-325-6000.

For bonding companies inquiring about bail, the attached form will need to be completed and faxed as noted on the form. D&E Form 373.

To make a payment, you will need the following:

If you are being charged with a serious crime like a murder charge or are considered a danger to the community or a “flight risk” a Nevada judge may not grant bail. If a Nevada courts denies bail it is called a “no bail hold.”

A person who is detained in Clark County Nevada may post bail providing he or she has the funds. If the inmate doesn’t have enough money a family member, acquaintance, or representative may post bail on their behalf or he/she can contact a bail bonds agency.

If you can’t afford bail, you can hire a professional to post bail for you. This person is called a “bail bondsman.” A bail bondsman will post bail in exchange for a small percentage of the total bail amount, which is usually around 10 or 15%. Call the Bail Hotline: (702) 229-6460 for more information.

How long does bail take?

Once the paperwork is filled out, and bail is posted may take anywhere from 1-12 hours for the person to be released.

At Weiner Law Group we are criminal defense attorneys committed to helping you put your legal trouble behind you, and that means doing whatever we can to help you through the bail process. Call our office at 702-202-0500 or fill out our contact form.