My Spouse Has Been Arrested in Las Vegas. What Are Their Rights? 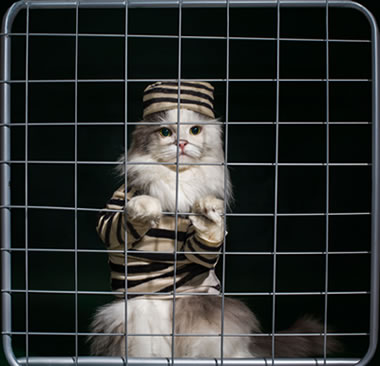 When Las Vegas law enforcement takes your husband, wife or underage child into custody, it may seem that along with the arrest comes an automatic loss of all freedoms. However, this is a misconception. Any detainee, young or old, will enjoy certain protections and civil rights while they are in police custody. Here are some things that any spouse or parent will need to know.

An Adult’s Arrest in Las Vegas

Immediately following a Las Vegas arrest, the police will transport the alleged offender to the Clark County Detention Center for booking. There, during an extended and frequently tedious process, they will assign a booking number. They will also take fingerprints and photographs while experts comb databases in search of outstanding warrants in the detainee’s name. At the conclusion of this procedure, they will send the defendant to a holding cell to await arraignment.

If the booking takes place on a weekend or holiday, the initial court appearance will not occur until the next business day at best. When the date and time do arrive, it will take little more than a minute for the defendant to enter a plea and the judge to set bail in an amount appropriate to the charge’s severity.

The “Only One Phone Call” Myth

Although many people believe otherwise, a detainee in the booking process has permission to make several outgoing phone calls. He can contact a spouse, a relative, a friend, a criminal defense lawyer or a bail bondsman. Unless it’s an emergency, however, none of these people can place a call to him.

Following the initial court appearance, not all arrestees will remain behind bars. At this time, one of several things will happen. The defendant may find him or herself:

After posting bail, the defendant will not simply walk right out the door. The time remaining until release will vary in accordance with the number of detainees involved and the person’s place in line among them.

Not everyone has immediate access to the money required to bail himself out of jail. In cases like this, a licensed and registered bail agent can, for a fee, post the bond in his stead. In most cases, a friend, relative or criminal defense attorney will contact the bail agent to make the arrangements.

At the insistence of the Nevada Division of Insurance, the bail bondsman must charge a premium that will normally amount to 15 percent of the bond’s face value. This fee is not refundable. The bond serves as a guarantee that the released defendant will make his court date. If he subsequently fails to appear, the court may keep the bail money and issue a bench warrant for his arrest.

For those who prefer to walk free prior to their next court appearance, traditional bail bonds are not the only answer. Some jurisdictions will also recognize U.S. Treasury bonds, property bonds or, of course, cash.

A Child’s Arrest in Las Vegas

Minor children who undergo arrest in Las Vegas will face a somewhat different scenario. Their bookings will take place at the Clark County Juvenile Hall where, in a deliberate effort to instill apprehension, officers may place them in handcuffs. They will ask them to empty their pockets and relinquish their jewelry, their money and their shoes. During a private strip search, an officer of the same sex will have your child remove all undergarments but will not physically touch him. A body cavity examination, if called for, would require a search warrant and could only take place in a hospital setting at the hands of qualified medical personnel.

After the Minor Child’s Booking

In most cases, officials will place the child in a holding cell until a parent or guardian has arrived. After interviewing the responsible adult, they will read the child his Miranda rights and decide whether to send him home, keep him in detention or remand him to another facility. Children who transfer to Clark County Juvenile Hall will receive food, clothing, shelter and access to a variety of social and rehabilitative programs.

Although detained minors cannot receive incoming calls, they may use the facility’s phones to contact their parents, guardians or criminal defense attorney at designated times. They may also receive a limited number of visits from these same people. Members of the clergy can see them as well, but officials will bar all underage brothers, sisters and friends from entering the building.

Out-of-state relatives attempting to locate someone who has been arrested for a crime in Las Vegas will most likely find that person at the Clark County Detention Center or Clark County Juvenile Hall. A call to the facility’s information line will let you know for sure, but unless the detainee is over 18 years of age, officials there will not give you any additional information.

Once you know for sure that your loved one is in custody, you can start making plans to help. As a non-resident, it can be hard to know what to do, where to go or who to call. That’s where a good Las Vegas criminal defense lawyer can play an essential role. The attorneys at Weiner Law Group have more than a nodding acquaintance with local officials, judges, and bail bondsmen, and we can leverage that knowledge to do what we must to help obtain your loved one’s release. We will also represent your spouse, friend or relative in court, saving you the trouble and expense of traveling here yourself to make the arrangements.

Whether you live in Las Vegas or in a distant location, the arrest of a loved one is never a joyful occasion. With the help of an experienced and trustworthy criminal defense attorney, your stress levels will fall significantly. Contact the criminal lawyers at Weiner Law Group today and let us assist in resolving this difficult legal situation to your satisfaction.