What Does Being Charged With Conspiracy Mean? 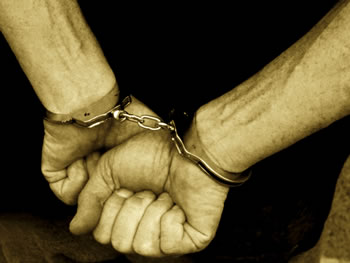 If you’ve ever conspired to commit a crime but later declined to follow through, you might think that you’ve avoided criminal charges. For Nevada residents, this is not the case. While federal laws might give you a pass, Nevada treats conspiracy as a crime in itself (NRS 199.480, NRS 199-490), and the penalties you’ll face could surprise you.

What Constitutes a Conspiracy?

Criminal conspiracy occurs when two or more persons agree to engage in any sort of unlawful activity. The severity of the planned illegal act will determine whether Nevada views the conspiracy as a gross misdemeanor or a Category B felony. The penalties will vary accordingly, and to win a conviction, the prosecution need prove only that there was a plot and that the defendant was in on it.

The following crimes fall under the more serious umbrella of Category B felony:

In most cases, conviction for a Category B felony conspiracy will carry a prison sentence of between one and six years. Nevertheless, there are two exceptions. They include:

A person accused of plotting with others to commit any crime not listed above will face charges of gross misdemeanor conspiracy. The accusation applies to individuals who fraudulently, falsely and with malicious intent conspire to:

The punishment for gross misdemeanor conspiracy consists of a jail sentence of up to one year and fines that can rise as high as $2,000.

Defending Against Conspiracy in Nevada

Since Nevada treats the conspiracy to commit an illegal act as a crime in and of itself, a conspirator who subsequently carries out the intended crime or attempts to do so will face the possibility of two convictions: one for the criminal conspiracy and another for the subsequent criminal act.

Nevertheless, the state cannot obtain a conspiracy conviction without first proving that the agreement actually took place, and in the absence of concrete physical evidence, this can be difficult. The prosecution will often find itself forced to infer conspiracy based on the alleged conduct of the parties concerned.

If it does succeed in showing the existence of a plot, it will then have to prove that the defendant was party to it.  A successful defense against such allegations normally involves establishing that the evidence against the accused is either insufficient or inadmissible. Often, the only proof of a criminal plot lies in the fact that the defendant has unwittingly co-conspired with a police officer working under cover. This circumstance alone is no defense, but by proving entrapment, a competent criminal attorney can often get conspiracy charges dropped.

The state of Nevada takes criminal conspiracy seriously, and for the accused, things can turn ugly in a hurry. To fight such allegations with any degree of success, you’ll require the assistance of an experienced criminal defense attorney.  That’s where Weiner Law Group can help. Our experienced criminal lawyers will use every means at our disposal to get the charges against you either dropped or substantially reduced. Criminal conspiracy in Nevada is no laughing matter. To get the representation you need and deserve, call Weiner Law Group today at 702-202-0500 or fill out our contact form.