Entrapment – Everything You Need to Know 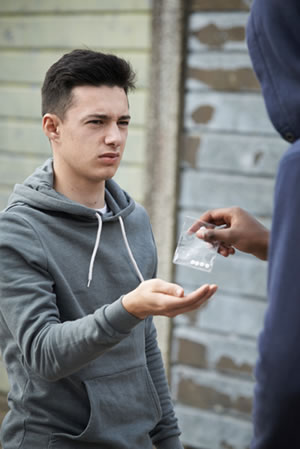 When it comes to catching a criminal in the act, the lengths to which law enforcement may legally go might surprise you. Everyone is familiar with undercover cops and so-called decoys, but how far can governmental forces legitimately go without stepping out of bounds? If they’ve resorted to trickery, fraud or enticing measures to fool someone into committing a crime, they may have entered the murky depths of entrapment. In so doing, they have likely rewarded their suspect with a valid statutory and common-law defense at both the state and federal levels.

The entrapment defense comes in two flavors: objective entrapment and subjective entrapment. In both types, it is up to the defense attorney to show that one or more members of law enforcement or other government agency has deliberately induced, encouraged or otherwise tricked the defendant into committing the crime in question. Without that outside pressure, would that person have ever thought of committing the crime?

In jurisdictions that subscribe to the subjective entrapment defense, the element of predisposition will also hold sway and will serve as the element of greater importance. It involves proving that prior to the inducement, the defendant had no existing proclivity toward this particular sort of criminal activity.

Recognized by the federal government and nearly every state in the union, the defense of subjective entrapment focuses mainly on the defendant’s thought process at the time of the crime’s commission. Would he have done the deed anyway, or was he pressured into committing a crime that up until that point in time had never crossed his mind? If law enforcement has played upon his emotions or otherwise pressured him to engage in unlawful activity against his will, the subjective entrapment defense will apply. However, it is up to the defendant to prove no prior predilection. If he is unable to do this, the entrapment defense will not hold water. In addition, the doctrine of subjective entrapment allows the prosecution to use a prior criminal record to prove predisposition on the defendant’s part.

Not all behavior on the part of police will constitute subjective entrapment. For instance, it is legal for members of law enforcement to use decoys and accomplices to provide an opportunity for engagement in criminal activity. For example, if the defendant was walking the Las Vegas Strip in search of drugs, law enforcement would have been within its legal rights to send out a decoy disguised as a dealer. This may appear on the surface to stand as trickery, but since the defendant was already on the prowl for a provider, the intent to buy drugs was initially there. The use of a decoy does not qualify as subjective entrapment in this case.

On the other hand, the defense of subjective entrapment could well apply if the decoy attempted to push the drugs onto an unwitting and unwilling victim who was wandering the streets in a funk after losing big at the slots. This is particularly true if the decoy encouraged him to drown his sorrows with a quick hit or a few puffs of whatever he claimed to be selling.

In a case like this, a successful defense will entail proving that the intent to commit a crime originated with government forces and not with the defendant. The subjective entrapment argument will more likely succeed in cases where law enforcement has pressured the defendant to engage in criminal activity against his or her own will. However, since the defendant’s predisposition or lack thereof will play such a vital role, his or her prior criminal records will also be admissible in a court of law.

Also, the law enforcement agent who simply makes it easy for someone to commit a crime is doing nothing wrong. Although the police may deliberately leave the keys inside an unlocked Jaguar just to lure a car thief into stealing it, this act in and of itself does nothing to force or encourage the theft. Someone who chooses to avail himself of the opportunity will do so of his own volition. As a result, he will be accountable for the crime and unable to use entrapment as a defense.

Jurisdictions that use this newer approach attempt to determine whether law enforcement’s involvement has engendered criminal activity that would not have existed otherwise. The direction now turns to one of imposing limits on the extent to which government agents and law enforcement can legally proceed when attempting to investigate or prosecute criminal activity and behavior.

In the objective entrapment defense, the defendant’s state of mind at the time of the criminal activity becomes immaterial. All that matters is whether or not the tactics used by law enforcement would have induced any prudent law-abiding citizen to commit the crime of which the actual defendant stands accused. Since predisposition does not enter the picture, the defendant’s criminal record is inconsequential and does not constitute admissible prosecutorial evidence.

For example, a Las Vegas prostitute with a mile-long history of illegal hustling is offered a six-figure sum for a night of sexual pleasure. It is five times more than she’d normally earn in a year, and she leaps at the chance to collect. The decoy john immediately arrests her. If her attorney can prove that any normal, law-abiding individual would have done the same when faced with a similar over-the-top inducement, the objective entrapment defense will have worked in her case. In jurisdictions that apply the objective standard, this woman’s prior criminal record will never surface in court.

The basic elements of an objective entrapment defense will apply in cases where any “reasonable, law-abiding person” faced with extreme pressures at the hands of law enforcement would likely have committed the crime. The defendant’s prior criminal record will never constitute admissible evidence.

Not all undercover investigations meet the definition of entrapment. There is, for example, no need for law enforcement to have a level of suspicion before initiating any sort of clandestine operation. It must, however, refrain from inducing, threatening, harassing, coercing or playing on its suspects’ emotions.

While some see entrapment as a well-defined legal matter, many question what does and does not amount to legitimate behavior on the part of law enforcement. It is often up to a jury to determine whether undercover activity has overstepped the bounds of acceptable behavior and crossed the line into entrapment.

Although entrapment is illegal in the state of Nevada, police commonly set up sting operations to catch individuals suspected of violating drug, prostitution, child pornography and lewd conduct laws. If their methods include the use of harassment, threats, pressure or flattery to entice their targets to commit a crime, these officers could be guilty of entrapment. People who can prove that the police deliberately tricked them into breaking the law can use entrapment as an absolute legal defense in getting the charges against them dropped.

You may suspect entrapment when an undercover decoy or a private citizen disguised as law enforcement:

However, not all police trickery qualifies as entrapment. As long as the behavior contains no hint of coercion, it is legal for an officer to:

While all states and the federal government subscribe to the general doctrine of entrapment as a defense, only 13 subscribe to the objective variety. Most, including the state of Nevada, apply the subjective entrapment test, meaning that the defendant will have the initial burden of proving government instigation while the prosecution can use the suspect’s prior criminal history as a means of proving intent.

If you feel that law enforcement or other government agents have set you up to commit the crime of which you stand accused, the entrapment defense could serve in the end to clear you of the current charges. There are limits to which the police can legally go before they overstep legitimate bounds. At Weiner Law Group, we will use the entrapment defense when and if possible to resolve the accusations against you. Call us today at 702-202-0500 or fill out our contact form, for a free consultation and learn how the entrapment defense might come to the aid in your case.