What is DUI Court in Las Vegas, Nevada? 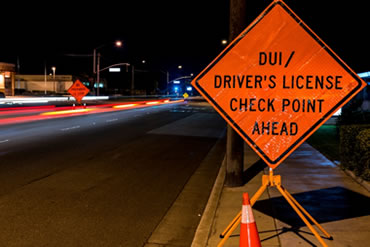 If you are facing charges of DUI in Nevada (NRS 484C.010 – NRS 484C.640), there is one option that could keep you out of prison. Known as DUI Court, it consists of a diversion program that swaps out time behind bars for an alternative schedule of rehabilitation. Despite the attendant financial burden, DUI Court is an alternative that many will gladly choose over serving prison time.

In most Nevada judicial districts, DUI Court comes in two varieties: misdemeanor DUI and felony DUI. The choice will vary only with the severity of your offense.

Also known in some areas as the Moderate Offender’s Program, Nevada’s Misdemeanor DUI Court is an option for anyone facing first or second DUI charges within a seven-year period. Lasting one year on average, it will subject you to a strict regimen that normally entails:

The actual time spent in Nevada’s Misdemeanor DUI Court program can range from six months to a maximum of three years. Other conditions can also apply, but at the end of this period, the courts may reduce your DUI conviction to a lesser charge.

Nevada’s Misdemeanor DUI Court approach is intended as a rehabilitative measure for those who exhibit a drinking problem and are willing to pay the $4,500 average cost of the one-year program. To qualify, you must normally have incurred one prior DUI conviction within the past seven years, but if this is your first offense and your blood alcohol level was 0.18 or higher at the time of your arrest, you might also be eligible.

In the state of Nevada, a third DUI within a seven-year period constitutes an automatic felony that subjects the offender to the formidable prospect of a six-year prison term. Nevada’s Felony DUI Court offers an alternative to those who can afford it and are willing to abide by the rigor of its rules.

Specifically aimed at people facing a third charge of DUI within the past seven years, it serves as a last resort for those unable to get the charges reduced or their cases dismissed. For those who complete the Felony DUI Court program successfully, the reward is the reduction of charges to a misdemeanor.

Although the Felony DUI Court program usually spans three years, it can continue for as long as five. Given that extended period of duration, its restrictions usually ease with the passage of time. They commonly include:

Felony DUI Court will also require you to wear a SCRAM device to monitor your alcohol intake, and the judge might choose to impose a curfew.

The Cost of Avoiding Prison for DUI

Depending on its duration, Nevada’s Felony DUI Court program will cost between $11,000 and $15,000. In addition to paying for your evaluation, supervision and counseling, this amount will cover the expense of any court-ordered electronic monitoring devices. While such a steep price tag might dissuade some from making an application, a qualified DUI lawyer can often assist in arranging payment on a sliding scale.

Getting the Green Light

Acceptance into the Felony DUI Court program is never a given. Your best shot will come with the help of a qualified DUI attorney who can submit the necessary paperwork and fight any possible attempt at contesting your application.

DUI Is No Laughing Matter

The state of Nevada treats DUI with the utmost severity. If you are facing such charges, the criminal DUI attorneys at Weiner Law Group will do our best to get the charges against you either reduced or dropped entirely. If that should prove impossible, we will make every effort to help you get into Nevada’s DUI Court program and thereby avoid prison time. Call us today at 702-202-0500, or fill out our contact form.