Admissible and Inadmissible Evidence in a Criminal Trial 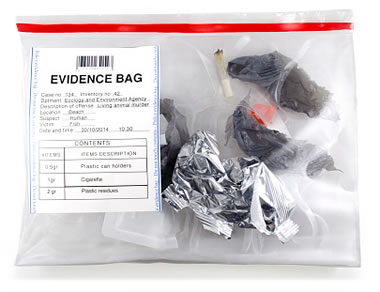 Criminal evidence (NRS Chapter 48) can be real, demonstrative, documentary or testimonial, but to be acceptable in a court of law, it must conform to the rules of admissibility. An experienced criminal defense attorney knows that admissible evidence will be:

These prerequisites apply to all evidence, regardless of type. However compelling it may be on its face, evidence that fails to obey these critical rules is inadmissible and will likely never see the light of day in court.

The Rule of Relevance

The state of Nevada deems evidence relevant only if it bolsters the probability of a fact at issue in the case. To be admissible, relevant evidence needn’t prove the allegation with complete certainty. It need only bolster the likelihood that it is true. Nevertheless, Nevada will not admit relevant evidence that is prejudicial, confusing or likely to delay the proceedings.

The Rule of Materiality

Material evidence can play a significant role in deciding the outcome of a criminal case, but it must be relevant and related to the matter at hand. Whereas relevant evidence need point only to the probability of a fact, material evidence must attempt to either prove or disprove it. If material evidence might mislead or distract in any way from the substantive issues, the court could rule it inadmissible.

The Rule of Competence

To gain the necessary weight and foundation, competent evidence must meet the common standard of reliability. Although such evidence will normally serve to back up a relevant or material fact, the courts can deem it inadmissible if its presentation might:

To be admissible, real evidence must have a direct involvement in some aspect of the case. It must also comprise relevance, materiality and competence. While the first of these proofs should be obvious, the establishment of competence involves authentication by identification or the establishment of a chain of command that proves the real evidence is what it claims to be.

Demonstrative evidence consists of diagrams, maps, animations and other displays that illustrate a witness’s testimony. Your criminal defense attorney is well aware that such evidence is only admissible if it accurately verifies that testimony and is in no way objectionable. To authenticate the exhibit, the witness will identify its pertinent attributes and testify that it constitutes a fair and accurate representation of what he heard, saw or otherwise witnessed.

In a criminal case, the discovery of journals, letters, diaries, emails and other such documents written in the defendant’s hand can quickly lead to his downfall. In many cases, documentary evidence can serve as real evidence that establishes the existence of a fact or the occurrence of an event, particularly if it contains a detailed description of intent or spells out a plan of action.  Such documentation often demands authentication either by witness testimony or through an established chain of custody. To be admissible, documentary evidence must contain no hearsay, and any copied materials must be supportable by the originals wherever possible.

The state of Nevada permits the presentation of expert testimony to clarify evidence or resolve a fact. Although the Nevada legislature has left the acceptance of testimonial evidence to the judge’s discretion, it is generally admissible when it:

In any criminal trial, evidence gathered illegally is inadmissible. Additionally, a judge will often deem evidence inadmissible if it:

While evidence that may be confusing or unfairly prejudicial is always inadmissible, Nevada courts will sometimes admit potentially time-consuming evidence if they deem it sufficiently compelling.

Why You Need a Nevada Criminal Lawyer

The various types and rules of evidence are complicated and often subject to interpretation. The outcome of your criminal trial will hinge on their admissibility as well as on their relevance and strengths. Fortunately, an experienced criminal defense attorney who knows the importance of challenging and even suppressing evidence when possible can use this knowledge to win your case.  The stakes of any criminal trial are far too high to consider fighting on your own. Contact the experienced criminal attorneys at Weiner Law Group today at 702-202-0500, or fill out the contact form.