Am I a Fugitive From Justice?

In Las Vegas, the lights are bright, the clubs are dim and the streets are thronged with people. Could there be a better place to melt into the scenery? Not if you’re a fugitive from justice (NRS 202.005). If you happen to be one and think of Nevada as the perfect hideaway, you might want to think again and consider that criminal attorney.

A Federal Crime in the Making 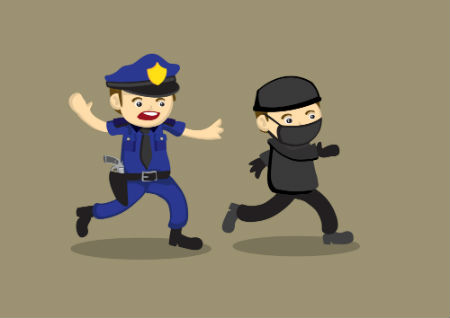 People who cross state lines in an attempt to avoid incarceration or criminal prosecution will have added a federal crime to their roster of mistakes. Fleeing from one state to another will make you a fugitive from justice if you do so after:

For anyone attempting to escape in this manner, heartaches are bound to double. The activity by definition involves two states, and the fugitive could find himself facing charges in both of them.

Nevada police have an obligation to arrest fugitives from justice and return them to the state in which their alleged crime originally took place. A fugitive may face extradition from Nevada if he or she has:

It is also possible for someone to be a fugitive without realizing it. This will occur in cases where a person has traveled or even moved to Nevada or some other state completely unaware of a warrant out for his arrest in the state from which they have come. These people may remain for years in ignorant bliss until they get stopped for a traffic infraction and the police discover the truth during a routine wants and warrants check.

Once arrested in this fashion, such unintentional fugitives can agree to waive extradition and return to their home state to face the music willingly. On the other hand, someone who honestly believes in his innocence can demand an extradition hearing for a chance to formally deny the allegations against him.

Nevada Penalties for Fugitives from Justice

Any convicted fugitive from Justice in the state of Nevada will face penalties that include a fine and as many as five years in federal prison. However, there are defenses available. In most cases, they will revolve around the defendant’s intent.

For example, your criminal attorney may attempt to show that although you did cross state lines, you did not do this with the intention of escaping prison time or criminal prosecution. It may also be possible to show that you never actually crossed state lines at all and are therefore not guilty of a federal crime. This will not, however, exempt you from facing prosecution or serving time back home in relation to your original crime.

If you’ve escaped to Nevada in the hopes of finding shelter with a Las Vegas-based friend or relative, you need to realize that you will be putting that person in a compromising position. Anyone who knowingly harbors a fugitive from justice will face federal charges of his own. This can even be true of the manager or clerk at a hotel at which you stay.

Punishments for harboring a fugitive vary in severity according to the fugitive’s original reason for taking flight, as follows:

However, much depends on whether the individual under whose roof you’ve been living knows that you are a fugitive. If this person is completely unaware that you’re running from the law, he or she should not face criminal charges. However, the same may or may not be true if you have forced someone to shelter you by threatening them or their families with bodily harm or death. Although it may seem unfair, the person who has taken you in against his will may still find himself called to account. Fortunately, when deciding the extent of consequent penalties, most attorneys general will consider the nature of those threats. He or she may even drop the charges entirely.

Fugitive status also applies to a person who escapes to another state after committing a crime in Nevada. If this should happen to be true for you, authorities may attempt to extradite you back to your home state. Anyone in this position may benefit from hiring lawyers in both states to protect his interests as well as his rights.

If you should find yourself under arrest on federal charges of being a fugitive yourself or of concealing one in the state of Nevada, contact Weiner Law Group right away. We will do all in our power to help you avoid extradition and have the charges against you dropped entirely if possible. Call 702-202-0500 today for a free consultation.