I Bought Stolen Property, But Didn’t Know It Was Stolen! 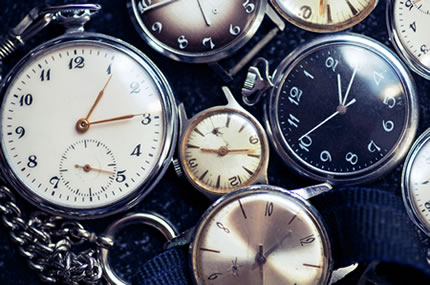 The beautiful watch that you bought for a song could be the ultimate in intelligent bargain-hunting. How did you manage to snag such a deal? It’s possible that the seller didn’t realize its worth. It’s even more possible that he obtained the timepiece illegally.

This apparent shopping coup could later become your downfall. In Nevada, the purchase or receipt of stolen goods counts as a crime that ranges from a misdemeanor to a Category B felony. If you find yourself in this position, you will now have the burden of proving your innocence in a criminal trial.

What Constitutes Possession of Stolen Property?

In the state of Nevada, anyone who buys, receives or possesses stolen property for his or her own personal gain is guilty of a crime. In most cases, possession alone will be sufficient for the courts to charge you. However, as the recipient of stolen property, you are only culpable if the prosecution can prove you knowingly purchased or otherwise obtained an item while ignoring all suspicion of its dubious origin.

Some stolen items possess identifying factors that practically scream, “Keep away.” The most obvious involves the serial number. Anyone who wants to stay out of trouble should look askance at any object on which someone has taken pains to obliterate this unique identifying mark. The custody of three or more such items will stand as prima facie evidence of stolen-property possession.

Any item offered for sale at less than market value should also arouse your suspicions. Many of these things are counterfeit. Others were acquired through nefarious means. If you purchase such an item and later attempt to resell or unload it at a pawn shop, further investigation will often uncover its actual origins. You could then find yourself charged with the receipt of stolen property even if you honestly had no idea when you bought the item that it was, indeed, stolen.

What the Prosecution Will Argue

When trying anyone at a criminal trial for possession of stolen property, prosecutors will usually argue that the circumstances under which the defendant purchased the item should have aroused suspicion. The most common giveaways will be:

Since defending against these charges can often come down to your word against theirs, a good criminal defense attorney will be vital.

Punishment for Receipt of Stolen Property in Las Vegas, Nevada

Anyone convicted of receiving stolen property is subject to a range of potential penalties, the severity of which will vary according to the value of the item in question. For example:

In determining the severity of the charges, Nevada will assign to the item the highest value that any reasonable person would find to be arguably realistic.

Your Defense Against Receipt of Stolen Goods

Nevada takes receipt of stolen property seriously. It is an important offense for which the penalties will often include incarceration and heavy fines. However, a conviction is never a certainty. This is a crime for which the prosecutor must prove every element beyond any reasonable doubt.

A successful criminal defense lawyer will address each of these elements in turn. Your lawyer will argue that you had no way of knowing that the property was stolen, nor did you have any reason to suspect it. He may also contend that you were never actually in possession of the allegedly stolen goods or that the police who investigated the crime did so in violation of your constitutional rights.

Through the use of these and other proven tactics, an experienced criminal defense attorney can often win you a not-guilty verdict or negotiate a favorable deal that frees you from the penalties of fines or jail time.

If you face charges of having purchased or otherwise received stolen property, you can trust the criminal defense lawyers at Weiner Law to mount an effective defense on your behalf. We have successfully defended numerous individuals against these charges, and we can do the same for you. Please call today for a free consultation at 702-202-0500.