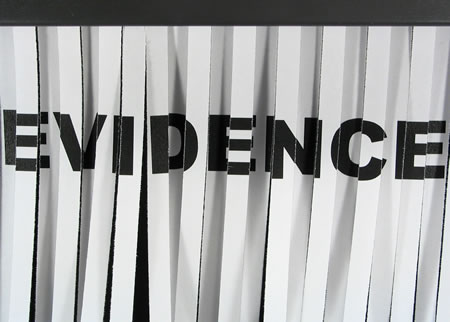 Have you recently been involved in destroying evidence (NRS 199.220)? That could be altering, erasing, concealing, deleting, obliterating or otherwise destroying a record, book, written document or other seemingly innocuous instrument or object. If that item happened to be one that could potentially serve as evidence for someone’s conviction in a civil or criminal case, the law may find you guilty of having committed a gross misdemeanor. For Nevada residents, it all comes down to one thing only: What were you thinking when you did it?

Las Vegas, Nevada, courts consider the willful destruction of evidence to be a crime only if the people who eradicate it do so with the intention of:

To be guilty of destroying evidence, it is not necessary to completely do away with the compromising object. If you have hidden, altered or erased any part of the item, Nevada law will find you just as culpable. In addition, the item could be something other than a document, paper or written instrument. Any incriminating object at all could easily fit the description.

How Will Evidence Destruction Affect My Trial?

The Nevada Supreme Court has ruled that anyone trying a criminal case will be within his legal rights to presume that if the destroyed evidence still existed in its original state, it would have had an adverse effect on the fate of the criminal suspect. In other words, in the eyes of judge or jury, the mere fact that the suspect or one of his associates destroyed the item can legally serve as incriminating evidence in and of itself. This is true even in cases where the person responsible for the item’s destruction was simply following corporate policy.

The item’s chain of custody is another important consideration. A witnessed and documented record showing an unbroken line of superintendence will assist in ensuring one vital point: that the evidence obtained at the scene of the crime matches the evidence presented in the courtroom during the trial.

If you believe or even suspect that the condition of any particular item or simply the item itself could potentially serve as a key piece of evidence in a criminal case, it is best to secure legal advice concerning its handling, its means of storage and its eventual disposition.

What if I’m Guilty?

The state of Nevada treats the deliberate destruction of evidence as a serious crime against public justice. In consequence, it considers the act to be a gross misdemeanor for which the maximum sentence can consist of as much as one year in county jail, up to $2,000 in fines or both.

Although it is entirely possible for your penalty to consist of fines alone with no jail time involved, a conviction for evidence destruction will remain on your record for seven years. It will therefore be to your benefit to obtain the services of a skilled defense lawyer. If he succeeds in having the charges reduced to a misdemeanor, the record will remain open to public view for no more than 24 months.

In the best-case scenario, your attorney may succeed in getting the charges dismissed entirely. Some of the best defenses will include arguing that:

Your chances of escaping conviction will get even better if your lawyer can show that the police discovered the piece of evidence during the course of an illegal search. Unless they can show probable cause for having conducted an unlawful investigation, your attorney can file a motion to suppress any evidence they may have uncovered in that manner. This motion, if granted, could strengthen your case considerably.

Although the destruction of evidence may seem to be no more than a minor crime, those who engage in this activity can face serious criminal penalties while doing major damage to any related criminal case. If you are facing the accusation of having destroyed evidence, don’t try to fight it on your own. The lawyers at Weiner Law Group will investigate the charges and do all within their power to see your case through to a positive outcome. Call today at 702-202-0500 for a free consultation.