Is Driving High on Drugs a DUI? 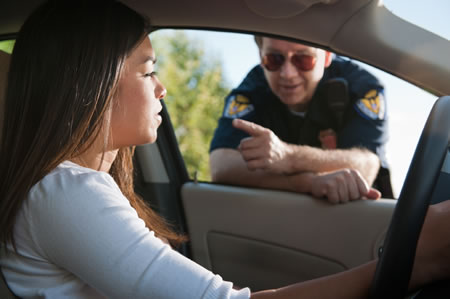 Many people think that driving under the influence, or DUI, involves nothing more than getting behind the wheel after drinking a few too many. In truth, driving while temporarily disabled by recreational, prescription or over-the-counter drugs can also get you charged with DUI. Anything, legal or not, that affects a driver’s judgment, concentration or motor skills can be as bad as alcohol or worse.

The Measure of Incapacitation

Although the measurement of a driver’s blood alcohol concentration, or BAC, is relatively simple, the same is not true of drugs. While these substances do show up in the blood or urine, differing varieties can remain there for widely diverging lengths of time. For that reason, many jurisdictions rely on the testimony of drug recognition experts, or DRE, who use such indicators as behavior and eye movements to determine the degree of impairment.

Drugged Driving and the Per Se Laws

Fifteen states, Nevada included, have facilitated the prosecution of drugged drivers through the institution of the so-called per se DUI laws. These states are:

Under the per se rules, people who operate their vehicles with measurable amounts of certain specified drugs in their systems could be breaking the law. While 12 of the above-named states have policies of zero tolerance, Nevada joins Ohio and Virginia in being the only per se states to have set particular limits for the allowable presence of intoxicating drugs in drivers.

Measured in nanograms through blood or urine tests, Nevada’s limits by drug are:

When a Nevada driver’s urine or blood contains as many or more nanograms than permissible for the drug in question, a DUI conviction is possible with no need of corroborating DRE testimony.

A drug purchased legally can impede someone’s fitness to drive just as seriously as does the street variety. Its effects can mimic those of alcohol ingestion and result in an arrest for DUI.

Some of the legal drugs most likely to cause impairment are:

Whether obtained by prescription or off the drug store shelf, it’s important to understand the ability of these drugs to impede your driving skills.

As people are increasingly beginning to recognize, not all strains of cannabis contain significant levels of intoxicants. Nevertheless, when it comes to driving under the influence, the law treats medical marijuana the same as it would a prescription drug. Even drivers who use it with a doctor’s advice and in a state that permits it can find themselves stopped for DUI. When the use of medical marijuana has diminished your driving skills, a medical dispensation will not serve as adequate defense.

If you face charges of driving under the influence of legal or illegal drugs, you can benefit from the expertise of a skilled DUI attorney from Weiner Law Group. Our experts will use a deep familiarity with Nevada’s state and local laws to thoroughly investigate the evidence against you and use our findings to mount a strong defense. Don’t let a single instance of DUI put a damper on your entire future. Call Weiner Law today for a free consultation.