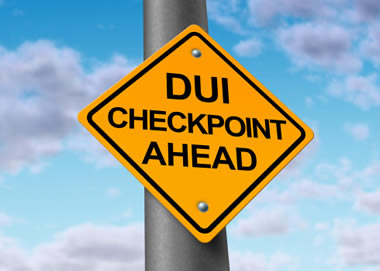 Most people believe that before pulling a motorist over, a member of law enforcement must have a good reason or probable cause. Some are surprised to learn that this is not always the case. In Las Vegas, Nevada’s infamous DUI sobriety checkpoints give the police carte blanche to stop any driver, regardless of his actions or behavior, for no apparent reason.

What They Do at DUI Checkpoints and Why They Do It

Also known as drunk driving checkpoints or DUI roadblocks, these locations consist of roped-off areas along a public highway at which the police can legally stop a driver to determine whether he might be driving under the influence. The law permits them to do this even in cases where the driver has committed no infraction and done nothing that could indicate intoxication.

These checkpoints exist mainly to prevent drunk driving, and although they may reek of entrapment, Nevada considers properly administered DUI sobriety roadblocks to be legal entities.

To be true to the letter of the law, the DUI checkpoint must:

Law enforcement must also warn oncoming traffic of the checkpoint ahead by placing large, brightly lit signs along the highway no less than one-quarter of a mile before the roadblock.

All these things are necessary to make the roadblock legal. However, not all checkpoints consistently adhere to prescribed standards. If law enforcement fails to follow even one part of the protocol, anyone arrested for DUI at that checkpoint can have his case dismissed.

Giving the Public Some Warning

Before setting up a drunk driving checkpoint, the Las Vegas Metropolitan Police Department will normally issue a press release advising of the scheduled proceedings, particularly when they will occur on a holiday or during one of the city’s special events.  While these press releases often fail to reveal the planned checkpoint’s specific location, they normally identify it as a major roadway known for its heavy traffic, numerous accidents and frequently impaired drivers. They will also detail the date and hours during which the roadblock will be in effect.

What the DUI Checkpoints Look For

After you stop at a Las Vegas DUI checkpoint, the officers will ask you questions. Although they will not enter your car, they may shine a light into its interior to check for illegal drugs or open containers of alcohol. If they suspect you of inebriation, they may try to subject you to field sobriety and preliminary breath tests. Be aware that if you take and fail these tests, they could arrest you on the spot.

While at the roadblock, you do have the constitutional right to remain silent. You can also refuse to take the field sobriety test, but if you decline any examination of your breath or blood, the police can get a warrant and force those tests upon you.

The Penalties for Avoiding a DUI Checkpoint

If you see the signs for a checkpoint ahead, the law allows you to take any legally available means to avoid it. However, with no exit ramp or legitimate detour in sight, you’re going to have to stop. Anyone who takes it upon himself to speed through the checkpoint will soon be facing charges, and some of them could be serious.  For example, if your attempts to avoid the roadblock or any of its constraints should result in death, serious bodily harm or property damage exceeding $1,000, you will face category B felony charges along with possible fines of up to $5,000 and one to six years in prison. Otherwise, the law can charge you with a gross misdemeanor, the penalties for which include as many as 364 days in jail and fines that can rise as high as $2,000.

Sobriety Checkpoints and You

Although Las Vegas’s sobriety checkpoints do not constitute a means of entrapment, only those that adhere to all guidelines for setup and administration are truly legal. If the police have arrested you at a DUI roadblock that failed to meet Nevada’s statutory criteria, an experienced DUI attorney at Weiner Law Group might be able to get those charges dropped. Call today at 702-202-0500 or fill out our contact form and let us evaluate your case.