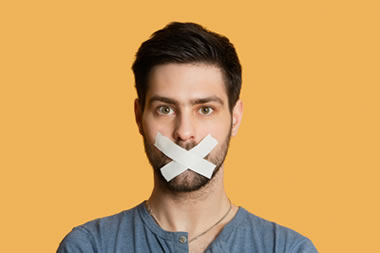 When stopped by the police for any reason at all, you need to remember your rights. One in particular stands out from the rest. Do you know what it is and how to use it?

Your Right to Remain Silent

By the dictates of the Fifth Amendment, no officer of the law can legally compel you to answer a question or reveal information that might incriminate you in any way. This means that no one can force you to make a statement or give a response that could ultimately lead to your conviction. Nevertheless, it does not keep you from volunteering information, and that’s where many people make their first mistake.

Why You Should Just Say No

Law enforcement is famous for asking questions, and it’s easy to feel pressured into giving them the answers. You may even think that by turning on the charm, you can talk your way out of a sticky situation. Unfortunately, the police are not looking for excuses to let you go. They are trying to collect evidence in the hopes of assuring an eventual conviction. Any statements you might make are likely to work against you, and every word you utter will appear in their report.

Learning to Keep Quiet When it Counts

In any verbal confrontation with police, remaining silent is often in your best interests. However, you must always state up front that you’re invoking your Miranda rights under the Fifth Amendment. Once you’ve made your intentions clear, you can safely remain silent.

Don’t Be Fooled By the “Good Cop” Routine

When seeking information, some officers achieve success by adopting a folksy approach. They might pretend to be in your corner, claiming that if you’ll just tell them what they want to know, they’ll make every effort to smooth things out for you.

Sadly, this is just a ploy. In any confrontation with the police, always remember one thing: Although they may profess to be on your side, that is only rarely the case.

When You Are Stopped for DUI

If the police should detain you on suspicion of driving under the influence, Nevada law requires you to produce your driver’s license, your registration and your insurance card. That is all you must legally do. Whether the stop involves a traffic violation or occurs at a DUI checkpoint, your right to remain silent is still in force. You only need to assert it.

When the Police Fail to Read You Your Rights

Unless you’re already in custody, the law does not require the police to apprise you of your rights before asking any questions. They will therefore state with clarity that you are not under arrest and that you can leave at any time. Only then will they begin the interrogation.

Regardless of whether the police have or have not read you your rights, you must always be sure to invoke them yourself before refusing to answer. If you fail to do so, a prosecutor could later point to your silence as a tacit admission of guilt.

The mere fact that you have called upon the Fifth Amendment will not necessarily stop the police from continuing to press you for information and attempting to get it in any way they can. Regardless of how they may threaten or cajole, you must remain firm in your resolve. Remember that a voluntary admission is almost the same as a plea of guilty in a court of law.

Never Speak Without an Attorney Present

The Sixth Amendment gives you the absolute right to counsel. This means that at any time during an interrogation, you can refuse to say another word until you’ve obtained a lawyer. After you have demanded legal representation from a criminal defense attorney, the police must immediately cease all interrogation efforts. Unfortunately, some may try to discourage you from availing yourself of this privilege or attempt to keep you talking until your attorney arrives. Such tactics are illegal, and their use could result in a total dismissal of the charges against you.

When Knowledge Is Power

Although the American legal system provides its citizens with a vast array of freedoms and privileges, some fail to realize just how many exist to serve them. The right to remain silent is one of the greatest. Once you’ve stated aloud that you’re invoking your Fifth Amendment protections, you can safely refuse to answer questions without having to worry that someone in a future court of law might one day hold your silence against you.

Contact the criminal defense attorneys at Weiner Law Group. Call 702-202-0500, or fill out our contact form to get your legal representation today.