Will the Statute of Limitations Affect Your Criminal Case? 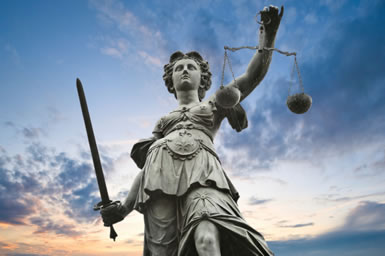 Time is often of the essence, but never more so than when you’re facing criminal charges. That’s when the statute of limitations comes into play. If the prosecution should fail to institute proceedings before the end of that predefined period, the suspect can find himself legally off the hook.  The statute exists mainly to ensure that any evidence behind a criminal charge remains viable and free of deterioration. Since all evidence can change or even fade over time, it is best to hold a criminal trial as soon as possible after the supposed criminal incident has taken place.

Although the date on which the clock starts ticking will normally equate to that on which the alleged crime occurred, the expiration date will vary according to the nature of the offense. While Nevada imposes a three-year limit for most crimes, it also maintains a four-year period during which it can bring charges of:

For the serious crimes of murder and terrorism, the statute of limitations does not apply.

Every state in the union has the legal right to entirely rewrite or pass new regulations concerning any aspect of its particular statute. It is, however, illegal for them to do so solely to prosecute a specific case, nor can it can change the rules or extend the limits with the intention of applying them retroactively.

What Happens When the Clock Runs Out?

Once the expiration date has fully passed, nothing prevents a prosecutor from bringing charges. Nevertheless, if he should attempt to do so, the suspected perpetrator is within his rights to have the case dismissed.

For Whom the Statute Tolls

At times, the prosecution and defense alike may disagree about the date on which the limitation begins or ends. The confusion often results from one simple fact: The clock will continue to run only while the suspect consistently lives or works within the boundaries of the area in which he purportedly committed the crime. If he should leave that jurisdiction for any length of time, the clock enters a period of suspension during which the statute is said to have tolled.

This does not mean that it has reached its limit. Instead, it has entered a temporary state of suspended animation. This situation will often arise when a defendant attempts to avoid prosecution by fleeing the area in which the crime took place. Years or even decades later, a fugitive who has tolled the statute may find to his dismay that this hiatus has taken him only temporarily off the hook. The clock starts ticking again in time with his return or apprehension, making it impossible for a suspect to outrun the criminal charge.

When the Statute of Limitations Terminates Normally

Once the statute’s expiration date arrives, the clock stops permanently. At this point, the suspect has passed the limit of time during which he must face prosecutorial charges. He could be entirely off the hook, but with one caveat: It is up to the suspect and his criminal defense team to make the prosecution aware that the statute of limitations has run out.

The statute of limitations does nothing to prevent the state from charging a case after its expiration date. Neither the prosecutor nor the judge is responsible for reviewing any case for possible statute violations. Furthermore, in the absence of a challenge, these stale cases may proceed through the courts in a normal fashion.

For this reason, the defendant who hopes to protect his rights must petition for dismissal based on a violation of the statute, and he must do so while the case is still pending. If he waits until after it has gone to trial, he will have automatically waived his rights under the statute, and his negligence could result in his conviction.

Your Right to Prompt Proceedings

The statute of limitations differs from a defendant’s right to a speedy trial. Although both concern themselves with time limits, a prosecutor who correctly brings charges prior to the deadline could still lose if a judge should determine that a failure to move the proceedings along in a timely fashion violates the defendant’s rights.

The statute of limitations exists to ensure the right of any defendant to a fair and viable trial. If you should have any questions concerning the statute as it applies to your case, the criminal defense attorneys at Weiner Law Group will gladly provide the answers. Give us a call today at 702-202-0500 or fill out our contact form.