What Is Witness Tampering? 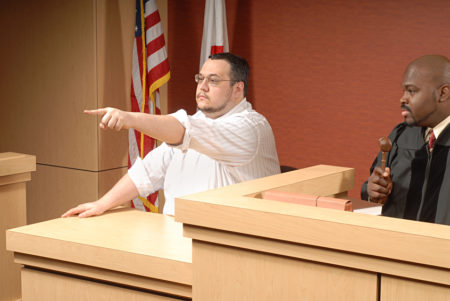 If you should come under investigation for having committed a serious crime, your thoughts will naturally revolve around doing anything you can to tilt the odds in your favor. If your efforts in this regard include a bit of witness tampering (NRS 199.230 – NRS 199.250), however, you won’t be doing yourself any favors. This sort of behavior will always land you in an even worse position. In addition to augmenting the prosecution’s arsenal of weapons against you. it will invariably stymie your defense team’s best efforts at building a case in your favor.

The Common Problem of Witness Tampering

Witness tampering shares equal honors with evidence destruction as one of the two most common forms of obstructing justice. The attempt to interfere with a person’s ability to testify or cooperate with law enforcement constitutes a crime in itself. If you try to bully or browbeat a witness into submission, you can be charged with and found guilty of witness intimidation regardless of whether you have carried out your threats or even intended to do so.

There are numerous ways of trying to intimidate or tamper with a witness. Common examples include:

In none of these cases will it be necessary to see the action through to the bitter end. Although the statutes vary from one state to another, the mere attempt at witness intimidation is often all the law will need to charge you with the crime. Although it may seem counterintuitive, the simple act of asking a witness to testify on your behalf can be enough to get you charged with witness tampering.

Contacts with the Witness

To avoid any suspicion of tampering or intimidation, it is often best to refrain from coming into contact with any of the witnesses in your case. Unfortunately, when that person happens to be a close relative, spouse or co-worker, this may become impossible. Anyone in this position should do his or her best to avoid discussing the case at all without an attorney present, choosing instead to keep all conversations focused on day-to-day or work-related topics.

The penalties for witness tampering will vary in accordance with the means of persuasion by which the offender attempts to get his way. Depending on the circumstances, the law may treat an attempt at witness tampering as either a misdemeanor or a felony. In either case, however, witness tampering is a federal crime for which the courts routinely expend every possible effort in their attempt to obtain a conviction. Without a talented criminal defense attorney by your side, you might easily face fines of as much as $250,000 and prison terms of as long as 20 years. A conviction for killing or attempting to kill a witness could land you in prison for the rest of your life with no possible chance of parole. If you have used any degree of force against the witness, you could be looking at two decades behind bars regardless of whether you actually caused that person any physical harm.

If you should find yourself suspected of or charged with witness tampering or intimidation, you are going to require the assistance of a forceful criminal defense attorney. The lawyers at Weiner Law Group will help you address the charges and aggressively fight to lower them or clear your name entirely. Furthermore, if you should face the accusation of witness tampering while defending yourself in a criminal suit, it becomes particularly important to speak with an attorney about witness involvement and how someone’s testimony can hurt or help your case.

Whatever your circumstances, it is imperative that you refrain from any direct contact with potential witnesses. Call Weiner Law Group today at 702-202-0500 and let our criminal defense attorneys deal with these people on your behalf.